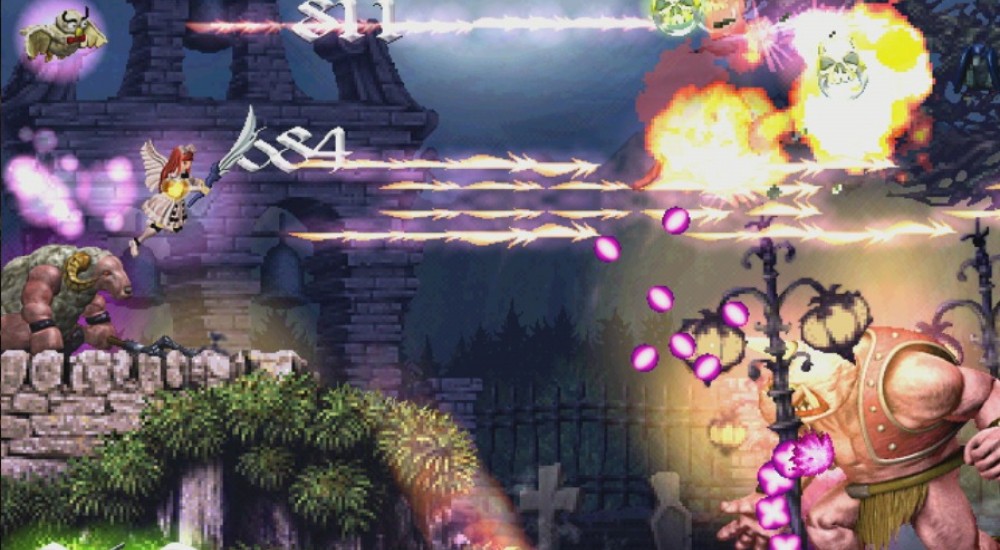 The Japanese studio CAVE (all caps, please), the creators behind Deathsmiles and DoDonPachi have decided the Western Hemisphere is just not the place for their co-op shoot-'em-ups. In an announcement made by their English-speaking representative, Masa-King, the studio is closing its CAVEWorlden Twitter account and the CAVEWorlden word-press website on February 28th of this year. Before this announcement, the blog had not been updated in two years. CAVE noted it will still continue to provide information on the development of its games via the Japanese twitter account.

This story follows the departure of CAVE's head of development, Makoto Asada (Masa-King), during a company-wide restructuring allowing the developer to focus on social and mobile games. CAVE produced numerous Japanese exclusive bullet hell games before seeing a market for their challenging experiences on Xbox 360 and iOS. Until recently, they promoted their products mostly on the Apple Store as apps for the iPhone and the iPad.

Bullet hell shooters are in a pretty weird genre, and one that seem much more geared towards a Japanese arcade environment than one you can plug away at on your iPad. Ingenious developers designed these types of games, such as the highly regarded Metal Slug series, as ways to milk as much cash from completionists back when every time your dude died burned more money. In today's environment, where you can buy games and then play them to completion, repeated deaths have little meaning.

Of course, they could charge a quarter every time you got blasted as a micro-transaction, but that would be a crime against humanity.