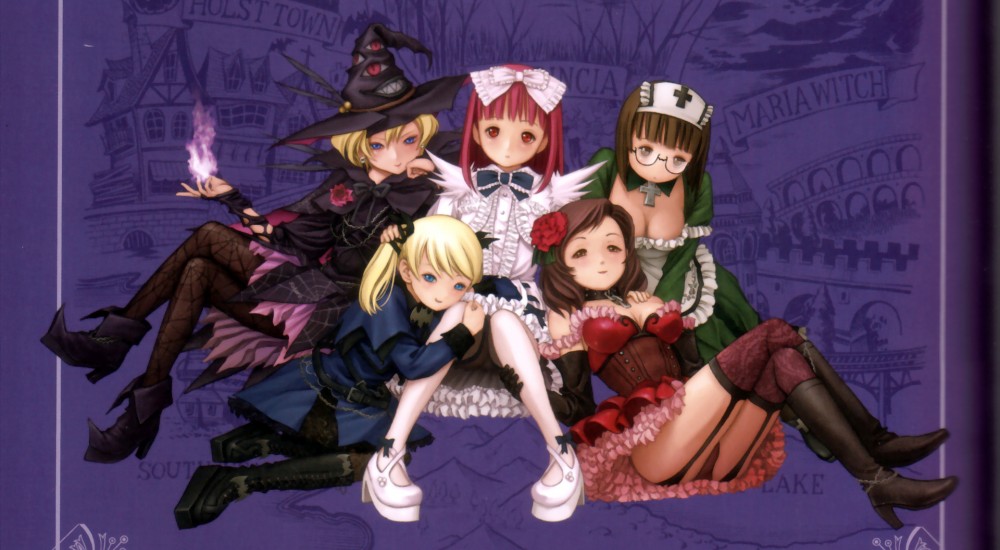 You'd think that the Venn diagram for fans of lolita, Japanese goth, and SHMUPs wouldn't show a huge overlap, but as it turns out, the three combined genres command enough of an audience to justify Deathsmiles' extensive journey to PC.

It first hit Japanese arcades in 2007, and subsequently made the jump to Xbox 360, iPhone, and Android in the years following.  Despite the developer, CAVE, announcing its exit from the Western market way back in 2014, they've since thought better of the decision.  Late last year, they debuted Mushihimesama (it just rolls off the tongue) on Steam, whose presumed success prompted them to then bring over Deathsmiles, which will reach us on March 10th.

Both Deathsmiles and its Steam predecessor, Mushihimesama, offer two player local co-op.  For those of you who prefer your Bullet Hells to be a little more divine, Deathsmiles lets players assume the role of one of five different angels, each with their very own familiar.  You and your buddy must then stave off an invasion of hellish minions, who are armed with what is likely millions of bullets.  Honestly, I think the real heroes of these games are the logisticians.  Just imagine the headache of coordinating all those bullet shipments.

While I'm not the world's biggest SHMUP fan, it's incredibly cool to see a niche genre or franchise made more easily accessible to its fans, no matter where they are.  Here's hoping for more successful and subsequently weirder games brought over to the West!