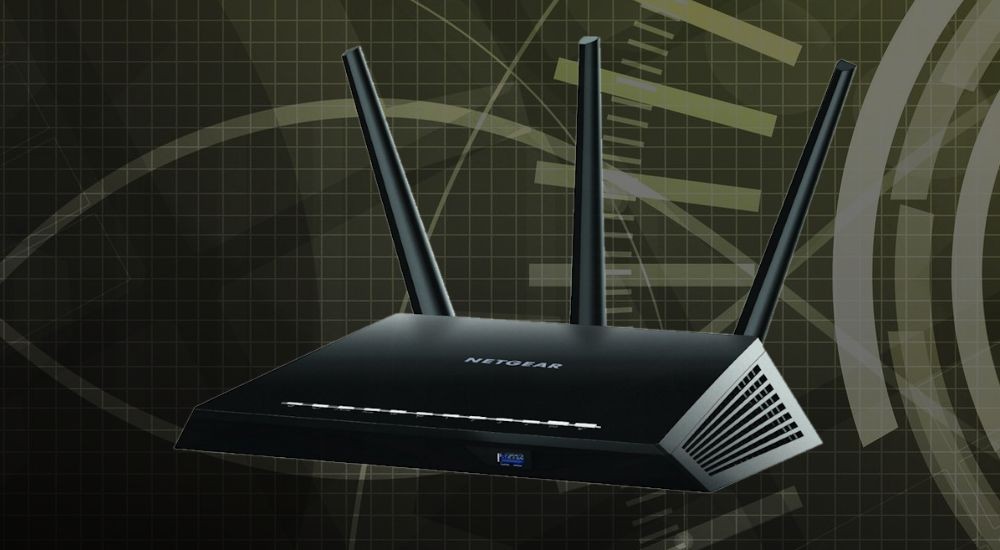 It was only a few months ago that D-Link released their latest gaming router to the market, the DGL-5500. We put it through its paces and came away pretty impressed. Today we're going to look at another router being marketed at the high end home user, the Netgear R7000 Nighthawk. But even with advanced features and performance the Nighthawk needs to serve the average home user. Let's see how it stacks up against the competition.

Taking the Nighthawk out of the box I was taken back by the size. The device is easily double the size of most other home routers I've seen and used. But despite it's large size it's extremely easy to set up with just three large angular antennas that need to be attached, a cable connected to your internet modem, and a plug to the wall. After that you're ready to go with.

Here's what's under the hood of the stealth bomber inspired device. The Nighthawk utilizes Netgear's "Genie" interface - which can be accessed via a webpage, iOS or Android App, or via an application on your PC. The interface itself leaves a bit to be desired. Menu options are often buried, don't provide the control you'd expect as a power user, and some features just flat out aren't supported. The interface IS fully functional and is probably enough for most folks, but with the power user market being a target here - I was hoping for a little more. Thankfully if the Genie OS isn't for you the router fully supports powerful open source router OS, DD-WRT (you can download that here).

A big thing for gamers is a routers ability to prioritize traffic so your ping times remain low while playing online. Netgear is keeping (and updating) a database of applications that can be automatically downloaded and applied to your QoS (Quality of Service) section. Sadly the options and granular control here leave a bit to be desired.

I tested both the Android App and the PC app, and like the web version of the Genie interface I was less than impressed. There are several features I would have liked to see like the ability to schedule firewall rules, granular control over priority by device, and a little more flexibility and information in the QoS section. The bottom line I've found with the Genie interface was it felt immature, and I'd definitely like to see how DD-WRT works on the R7000. But as always firmware updates will continue to improve the device over time from Netgear.

Outside of the interface itself it was time to see just how well this device performed. And it's here that the Netgear outperformed the D-Link. The wireless range and quality of the device added several dozen of feet past my traditional dead zones. I was able to stream both Vita and PC Gaming (via the NVIDIA Shield) with less stutter and macro blocking than before in several locations in my house. One thing I found interesting is when comparing the actual wi-fi signal strength using the Wifi Analyzer Android app - was that the Netgear was close in terms strength, but it chose a less busy channel compared to the DGL-5500. Because of that I think there is more noise for your wifi signal - as you can see by the above charts which were taken within 10 minutes of time from each other from the exact same location in my home. Obviously you can change the channel your wifi signal relies on, but both of these routers offer the ability to adjust automagically based on availability.

As for gaming, streaming video, and downloads - the Netgear always FELT faster to me. I never had any issues with it over the few weeks I used the device. I decided to run some more side by side comparisons. I ran three consecutive speed tests from Speedtest.net to gauge just how the devices were performing. I chose the highest result of each test. The results...surprised me.

My internet speed is rated at 35Mb down and 2Mb up. As you can see the Nighthawk was consistently faster for some reason. I've run speedtests before with the DGL-5500 and never saw the issue, so I'm not sure what to attribute this to. Regardless, I felt that the Nighthawk provided more consistent connection speeds on both wired and wireless.

As for gaming itself I had no trouble putting the router through all my normal tests. I was able to game while streaming video, have two consoles on at the same time and connected to Xbox Live, and generally put it through the paces with no discernible hit on performance and ping times.

The Netgear Nighthawk has an MSRP of $249.99. Actual online prices vary but right now you can snag it for under $200 at Amazon.com. Remember this is a device designed to handle busy home networks. I have anywhere between 12 and 20 devices using my internet connection in my house. In the age of Smart TVs, Consoles, Tablets, Phones, and Computers your home's network is becoming increasingly talkative. That's where a router like this comes into play.

When it comes to pure performance, wifi range, and consistency the Netgear Nighthawk R7000 impressed me at every turn. Where it falls short is in its core usability and the ability to tweak the device exactly to your liking. If you don't have the need to tweak and fine tune your router's settings the Nighthawk is going to serve you quite well. Of course you can always install DD-WRT and get that functionality while retaining the performance of the hardware or simply wait for the latest firmware update from Netgear themselves.

An evaluation unit of the Netgear Nighthawk R7000 was provided by the manufacturer for the purpose of this article.