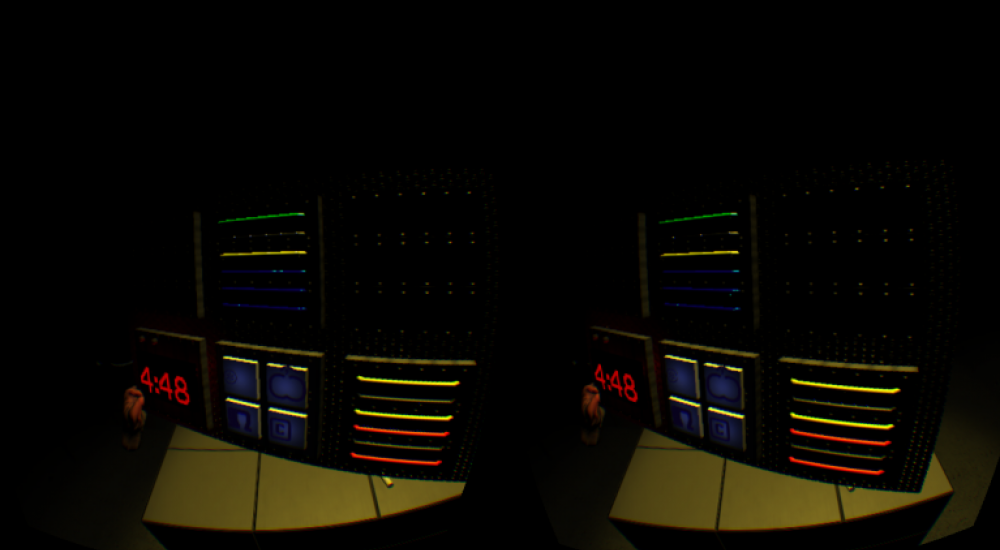 The Global Game Jam went down last week, and when you get enough crazy people in a room together, madness is to be the only outcome. Which brings us to Keep Talking and Nobody Explodes, a co-op game where a player attempts to disarm a bomb as guided by someone who can't see anything they are doing. And if you don't think that's the greatest video game title in the history of time then you would be only lying to yourself.

This product requires two pieces of specialized hardware: an Oculus Rift, and a Razer Hydra. Don't have these? Then head back to your trashcan, loser. Nobody wants you here.

The first player dons the Oculus Rift and grabs the Hydra, in which they are treated to the image of an active bomb with a countdown timer. The second person has a slew of documentation on the different types of bombs and how to successfully disarm them, though they never have view of what the person in the Rift is seeing. Instead, both players must communicate in describing the bomb and the processes while the timer slowly ticks down.

Take a look at a bunch of folks playing it.

"Hey, sorry about your face being blown off by a bomb that was literally inches away from you. I didn't know what to call an 'ampersand'."

A simple concept for what looks like an engaging experience. The tension of the timer combined with the nature of human beings to occasionally blunder would probably make for a really intense bonding exercise. It's kind of a shame you're required to have two very esoteric pieces of hardware to play it, though that is what sort of makes the product.