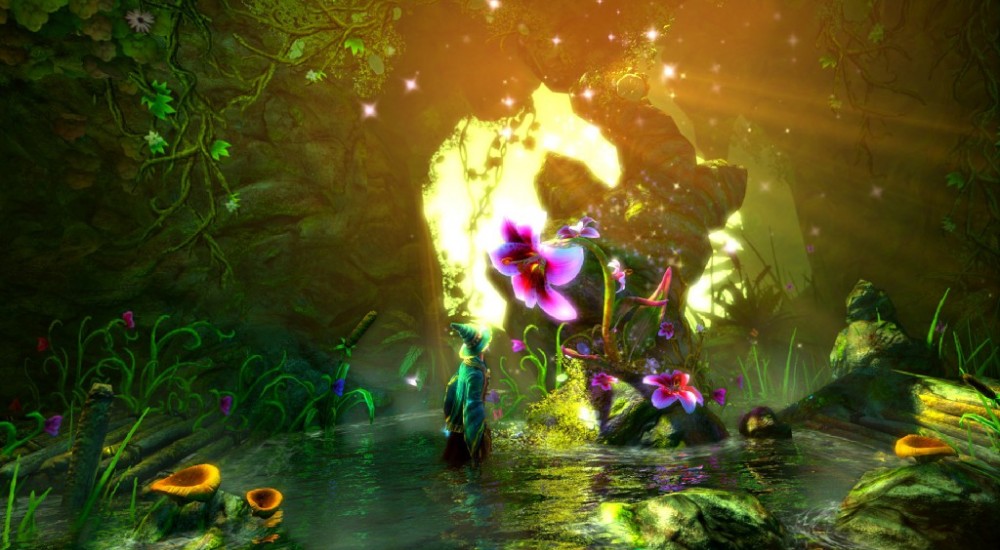 This week's co-op stream broadcast last night on Twitch.tv involved Locke, Mike and Nick in Trine 2 on the PC. The game has been out for a while now, though it has seen a recent release on the PlayStation 4 and Wii U - but this co-op title surely deserves the attention. If you watch(ed) the stream you surely heard us stating just how pretty the game is over and over.

But Trine 2 doesn't just have good looks, it plays really well too. Especially if you have a group of three players together each taking the role of the Knight, Wizard and Rogue. So sit back and enjoy the first hour of the game as we solve puzzles the only way we know how - by flailing around wildly summoning boxes and breaking things.