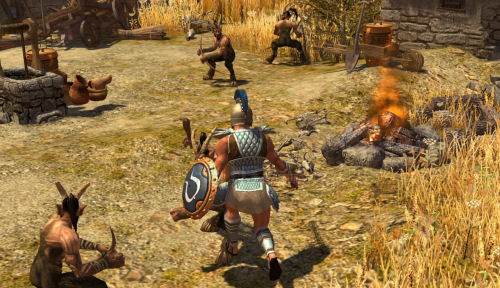 Developers of the co-op Action/RPG Titan Quest have formed their own studio a few months after the previous studio, Iron Lore, was shut down.  Best of all, the developers have actually bought back the rights to the a game they were working on called Black Legion.

Black Legion is an Xbox 360 Action/RPG being developed by Crate Entertainment.  Currently they are shopping the game around to different publishers.

Lets hope whatever Black Legion is, it has co-op.