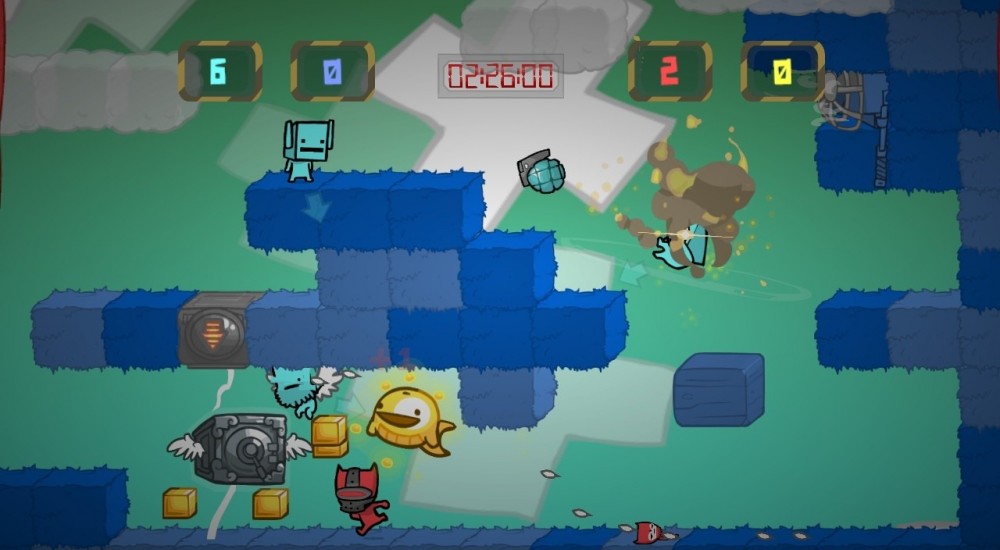 As the final update for the Xbox LIVE Arcade version went up last week, the BattleBlock Theater community braced themselves for a big announcement from The Behemoth, and rightfully so! Today, they finally revealed that their game will be coming to Steam in the near future.

Since all their updates for the Xbox LIVE Arcade version are now complete, with the release of the Final Unicorn Prisoner (sorry, there's no 6th Prisoner), they've revealed their next plans for BattleBlock Theater. Not only will it be getting a PC release via Steam, but new features will be coming along with it! Some of them include:

At the moment, we're assuming the game will contain all the same co-op features found on the XBLA version, but this is certainly subject to change in the coming weeks. For now, take a look at their pretty intense video to learn more about the upcoming version (just make sure to hold onto your butts first):

Before Steam's BattleBlock Theater goes out to the public, however, The Behemoth wants to give players the opportunity to participate in its Closed Beta going on between March 24th and March 31st. Anyone 13-years or older may sign up and get a beta key here. Please be aware, however, that the state of the game may change the official start date of the Beta, as they will be testing a number of things to prepare for the release. Regardless, they encourage anyone who's able to sign up.