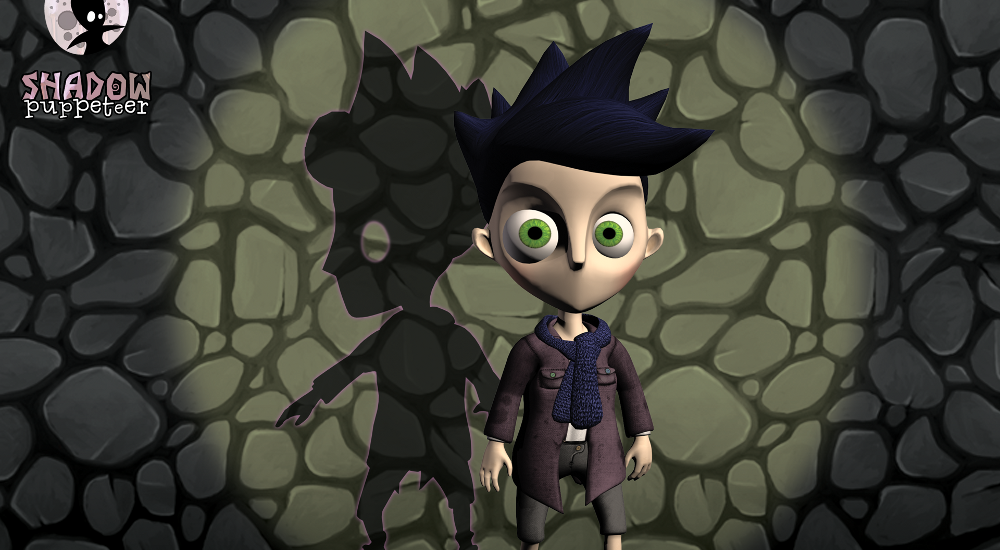 Described by its developer as Limbo meets Little Big Planet with an art style reminiscent of Tim Burton's Corpse Bride, Shadow Puppeteer is an upcoming puzzle adventure game that's all about living in the shadows, not living in the shadows, and how characters from the two worlds learn to get along. Sounds like a nice '80s sitcom idea, too!

A boy and his shadow have been separated, which isn't a metaphor for anything, it actually happens. The boy witnesses the Shadow Puppeteer stealing all the shadows in the village, turning their owners still and silent. The boy's shadow manages to elude the puppeteer, so together they travel across the dark world to put a stop to all that shadowy puppeteering work that's going on.

Shadow Puppeteer is designed as a local two player co-op game. One player controls the boy running around in the regular world of solid things, the other the shadow who can only interact with objects' shadows. Since each one experiences the world in a different way, they have to learn to cooperate to solve environmental puzzles so they can progress. A solo mode is in the works that allows a single player to switch between the two characters, meaning Shadow Puppeteer will probably emphasize puzzles over action. The trailer does show some more active spurts of gameplay, however.

Developer Sarepta is planning to release on consoles and PC later this year, but no specific console details have been announced just yet. The game will support two player couch co-op no matter which platform it's on. The only tricky part is convincing your own shadow to sit down and play with you. Better invest in a shadow gamepad.