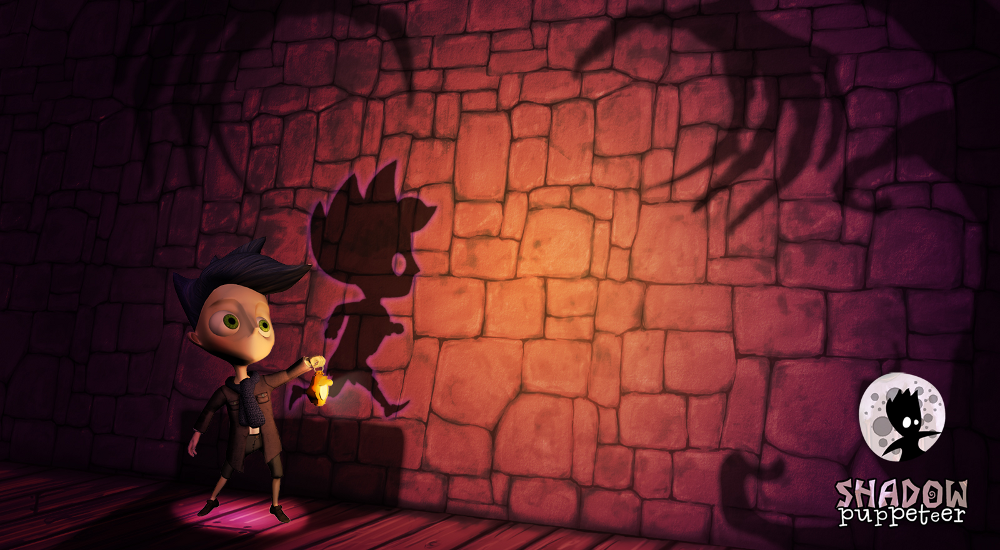 Earlier this year, Sarepta Studio unveiled a co-op puzzle adventure that let players control a boy and his shadow at the same time, each one interacting with their respective worlds of solid and shade. Shadow Puppeteer was announced as a PC title, but the studio hoped to bring it to consoles at some point. Looks like the Wii U eShop will be the first!

Shadow Puppeteer is described as a cross between Limbo and Little Big Planet. The protagonist witnesses the evil Shadow Puppeteer stealing all the shadows from the village, turning their owners still and silent. The boy's shadow manages to elude the puppeteer, so together they travel across the dark world to put a stop to all that shadowy puppeteering work that's going on.

Shadow Puppeteer is designed as a local two player co-op game. One player controls the boy running around in the regular world of solid things, the other the shadow who can only interact with objects' shadows. Since each one experiences the world in a different way, they have to learn to cooperate to solve environmental puzzles so they can progress.

No release date for either the Wii U or the PC version have been announced. The game's Greenlight campaign has steadily climbed its way to 80%, close enough so that a few more votes will nudge it into future Steam territory.