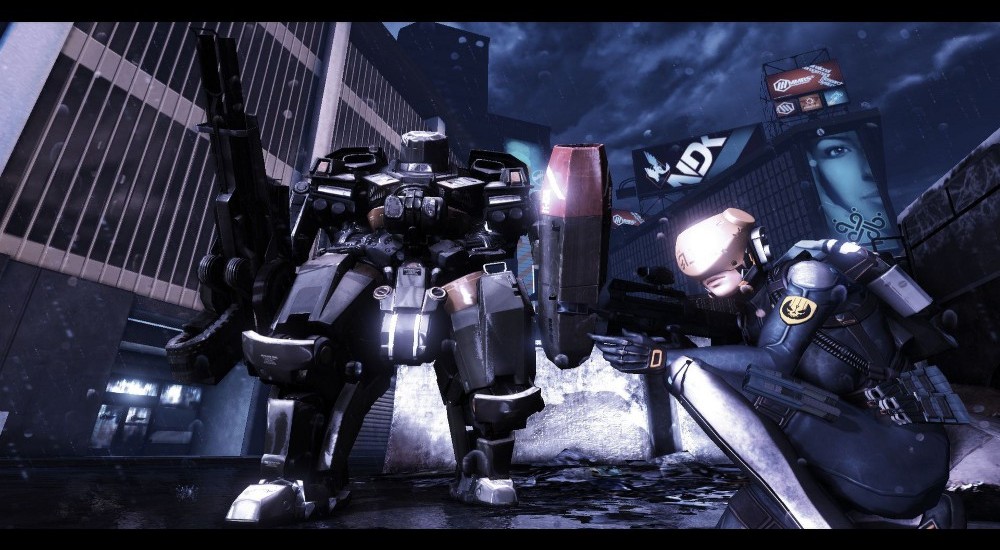 The free-to-play first person shooter Blacklight: Retribution, a sequel to Blacklight: Tango Down, has been resting comfortably on the PC and PS4 platforms for some months now. Zombie Studios has finally announced the Onslaught update will cross from PC to PS4, bringing with it new maps and co-op play!

Onslaught drops up to four players into Blacklight's dark futuristic world and pits them against waves of progressively more difficult foes. Cooperation is absolutely vital to your success, as you can't adopt a strategy that's too heavy handed on the attack or defense. Stay mobile and talk with your teammates and you might just have the guts to punch through whatever comes next. Think Left 4 Dead, only more science fictioney.

The Onslaught update for Blacklight: Retribution is currently available for PC. An exact date hasn't been announced for the PS4 release. Both will support four player online co-op.