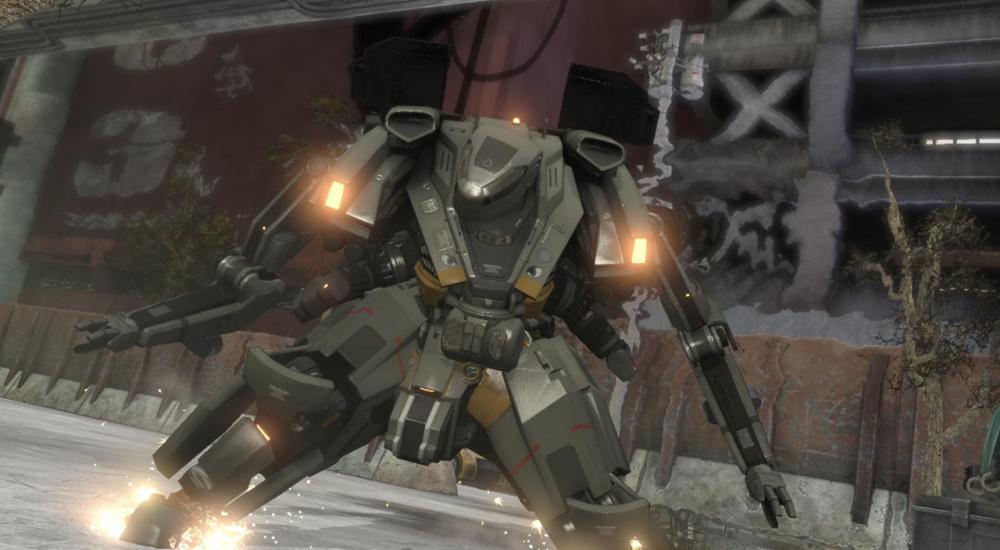 You may recall a certain free-to-play FPS that came out 7 years ago (7 YEARS?!) called Blacklight: Retribution. I know, I know... in video game terms, we might as well be talking about the Sega CD. Anyways, developer Hardsuit Labs recently posted that they will be shutting down the servers for the PC version next month, after which you'll no longer be able to play the game. As often seems to be the trend these days with these sort of "games as a service" getting shut down, all premium items in the PC store will be free so you can just go nuts.

The two big hooks to Blacklight are its "Hyper Reality Visor" that lets you see through walls at the expense of putting your gun away and being vulnerable for a bit, and the "hardsuits" you can call in to mow down foes with its chaingun. While much of the game's player-base was built around the competitive aspects, there was a co-op mode, called "Onslaught," that was added a few years ago. This mode falls into the "Horde mode" vein with up to four players online teaming up to survive 10 waves of foes while also completing non-combat objectives.

As of last Friday, February 8, the in-game store on the PC version has been opened up to all so you can run rampant through it picking up everything you want. It's worth noting, though, that they also shutdown any form of account migration between the PC and PS4 versions, so you won't be able to take those goodies over to the PS4. On March 11, the servers for the PC version will officially shut down and the game will no longer be playable on that platform; there are no servers for the PS4 version, apparently, so you can still play it there although there will be no support or patches/updates for it.