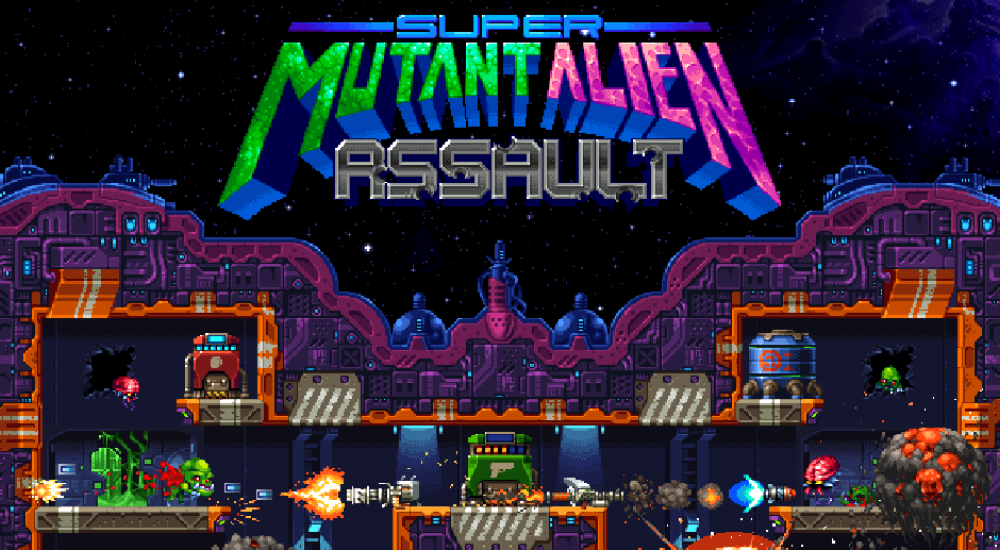 Have a sip of coffee, it's time to fight some aliens. Super Mutant Alien Assault is an upcoming arcade arena combat game that's all about hectic sci-fi shooting. Mutant aliens are attacking (surprise!), and you get to fend them off with a scant serving of weapons and explosions. And a friend, too, because it's got co-op!

When looking at Super Mutant Alien Assault, the word hectic comes to mind. Not completely out of control hectic, maybe just "energetic" or "rather energetic". Fight your way through a series of brief but intense stages that throw mutants at you without mercy. Weapons are limited and dispensed at random, so you'll have to rely on that little thing we like to call "skill". Or blind luck, that works too.

Super Mutant Alien Assault's stages have elements of random generation, meaning you won't bump into the exact same set of circumstances each time you play. It's a nice fit for a quick-burst arcade game of this nature. Local co-op lets you sit down with a friend to share in the shooting and gawking at those pretty pretty pixel art explosions.

Super Mutant Alien Assault is planned for a PC release in the hopefully not too distant future. Other systems may be considered after the initial launch.