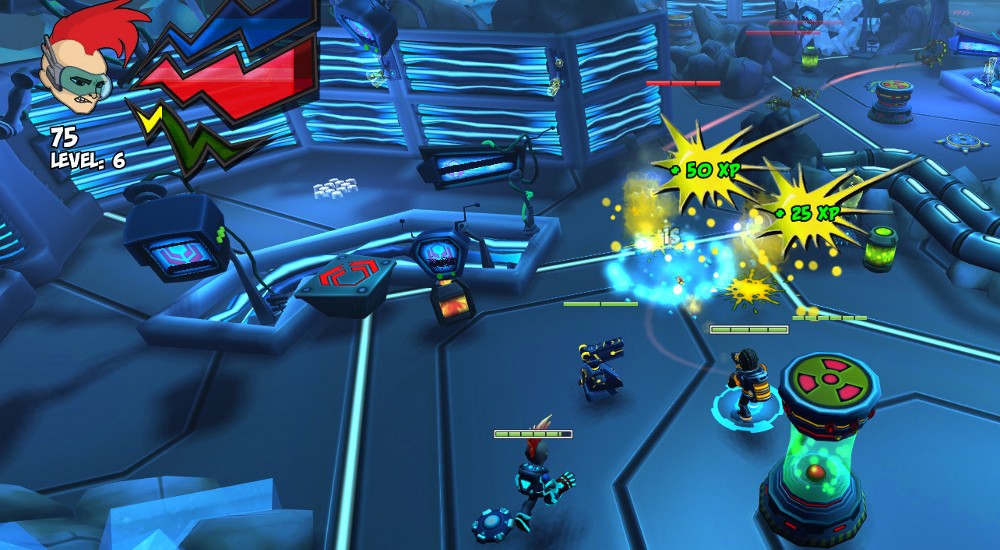 Defense games are fertile ground for cooperative gameplay. Developer Nano Games is very much aware of this, and that's why multiplayer was high on the list when they started work on ZAMB! Biomutant Extermination. The arcade game has just hit Steam Early Access and promises weekly updates with more of everything that makes it such a tempting purchase.

ZAMB! combines brawling action with shooter-style levels and a touch of tower defense mechanics. You control two unique characters, even in single player mode, each of whom have unique fighting styles. Cye is the up-close fighter type who prefers to smack enemies in the face. Chrome, on the other hand, is an engineer who uses a bit more strategy on his path to destruction. By combining their skills you can survive and eventually defeat the waves of biomutants.

Co-op is a natural fit for ZAMB!. Right now the game features local play for two players, but online co-op will is planned before Early Access ends. In fact, a lot of nice things are planned for the future, and the team hopes to roll out updates at a pace of one per week.

Things to look forward to: