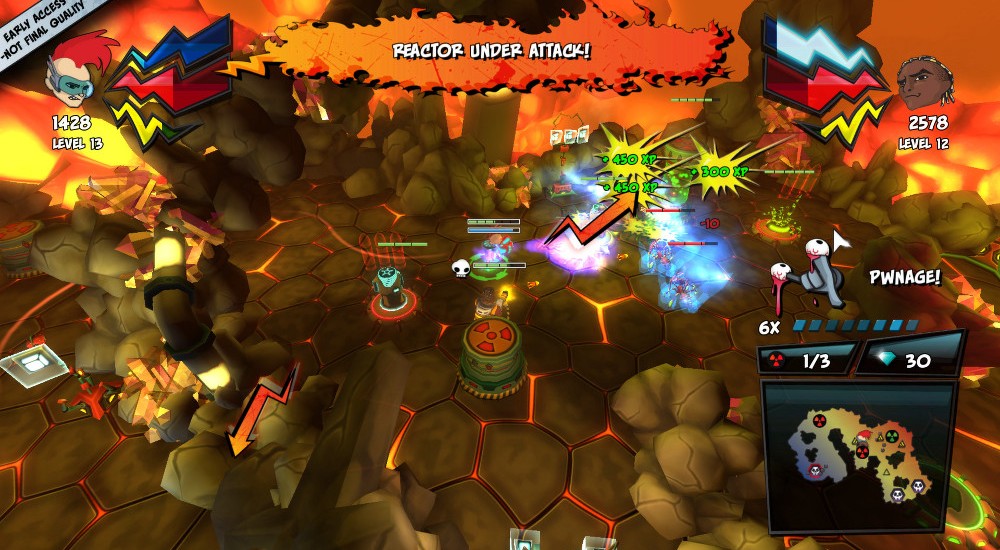 You know how some games appear on Steam Early Access, collect a bunch of money from people and then magically fall into development hell?  Nano Games' ZAMB! Biomutant Extermination isn't one of those games. Just over two months after arriving on Early Access, the co-op defense game has been released as an honest to Zeus full game.

ZAMB! mixes brawling action with shooter-style levels and a healthy amount of tower defense mechanics. You take control of two special-ops characters (one per player in co-op), each of whom has a unique fighting style to take out those bad mutant things. Cye is trained as an up-close fighter who prefers to smack enemies in the face point blank. The engineer Chrome uses a bit more strategy on his path to destruction, preferring to deploy AI turret defenses from a safe distance. By working together the two madmen can survive wave after wave of biomutants.

Things have been beefed up from the original Early Access release back in April. Here's a quick features list so you can look at the numbers and nod approvingly:

Two player co-op works pretty seamlessly in ZAMB!, seeing as how there are two characters to control. Both local and online co-op are supported.