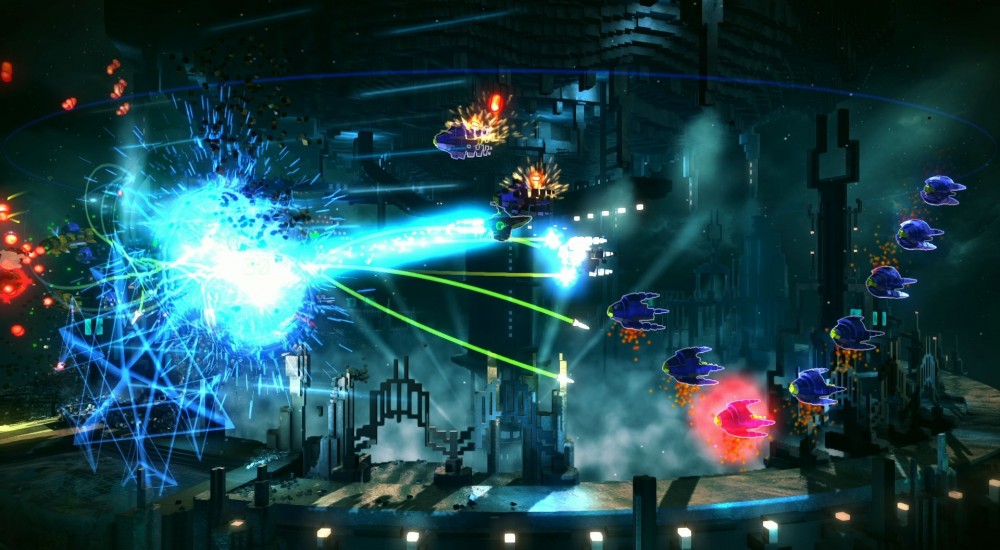 You know, there was a time when Co-Op only came in one flavor: local. Whether your characters were on screen at the same time or just passing the controller back and forth when it was your dude's time to party, that was all you got. And while we might have gotten used to playing video games without ever having to meet the judgement gaze of another human being, couch co-op is still very much a big deal. Except in Resogun, where online co-op reigns supreme. Until (potentially? maybe?) now. Yes, you are seeing two men allegedly playing Resogun side-by-side. The studio has not yet confirmed that local co-op is on its way, however, and who are we to jump to conclusions? This was accompanied with: #dlc #teaser_pic, which means couch co-op might be in the works, or that with new DLC every time you play Resogun you will either scream or suddenly be wearing a hat.

Of course, Housemarque did make this statement as well:

Imagine RESOGUN, right? Now imagine it so much better that you almost forget how good the original was. That. Is. Coming.

This feels like a game born for local co-op, and why they didn't include it straight upon release is mind-boggling. If you've already got a PS4 and this news excites you, maybe give Resogun a look.