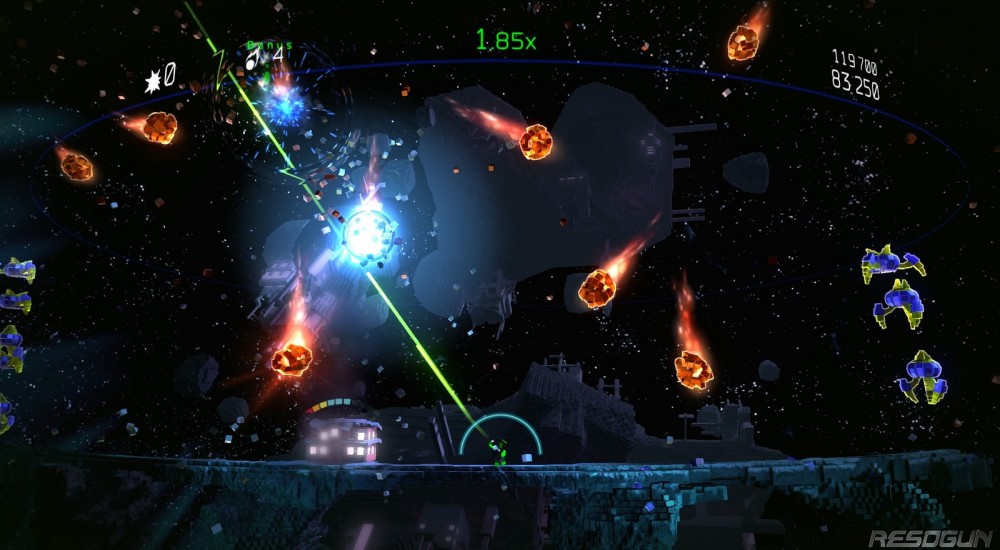 The final expansion of Resogun has finally made it to PS4s the world over. The "Defenders" DLC expansion is out now for the easygoing price of $4.99, or for free if you picked up the season pass. You and your space faring wingman have a few more reasons to jump back in your ships and defend humanity against the terrifying alien menace. "Valiant Defender of The Last of Human Kind" is a pretty prestigious title to claim.

Check out the expansion trailer and try not to be obliterated by hard techno.

As a little bonus to all faithful fans of Resogun who continue to battle back the Sentient months after its original release, the previous content update, "Resogun Challengers" became available for all players, for free, prior to the release of "Defenders."

This new expansion gives us two new game modes in "Protector," which is single player only, and "Commando," which is co-op.

Commando Mode puts you and your partner in the shoes of the Last Humans, or the dudes who were left behind by the rest of humanity. Armed only with miniguns and your own inflated ego, you and your buddy mow down wave after wave of Sentient in what the developers refer to as "the ultimate arcade revenge mode."

If you're looking to take one last shot at saving our species in Resogun, maybe give the "Defenders" pack a look.