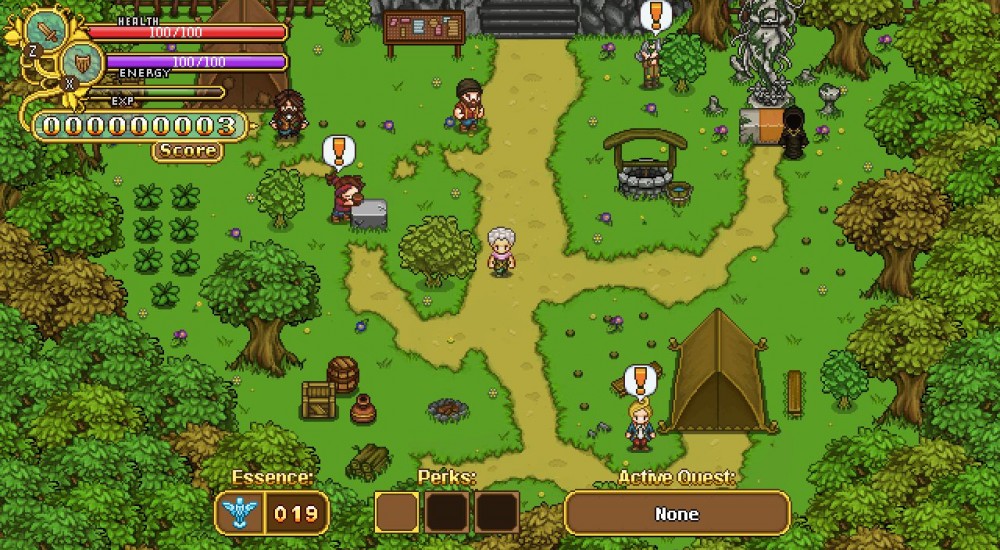 Last night some of the Co-Opticrew and community decided to check out the beta version of Secrets of Grindea. The game on the surface looks like a JRPG, plays a bit like a Zelda game, and has hints of a ARPG like loot system. We thought it'd be a good idea to stream our adventures online.

While the full game support full four player online co-op in the story, we decided to tackle the game's arcade mode. In this mode players take on progressively difficult levels killing baddies and then facing off against a boss. Along the way you'll gather loot and other stuff to increase your character's chances of survival. We didn't survive very much though.