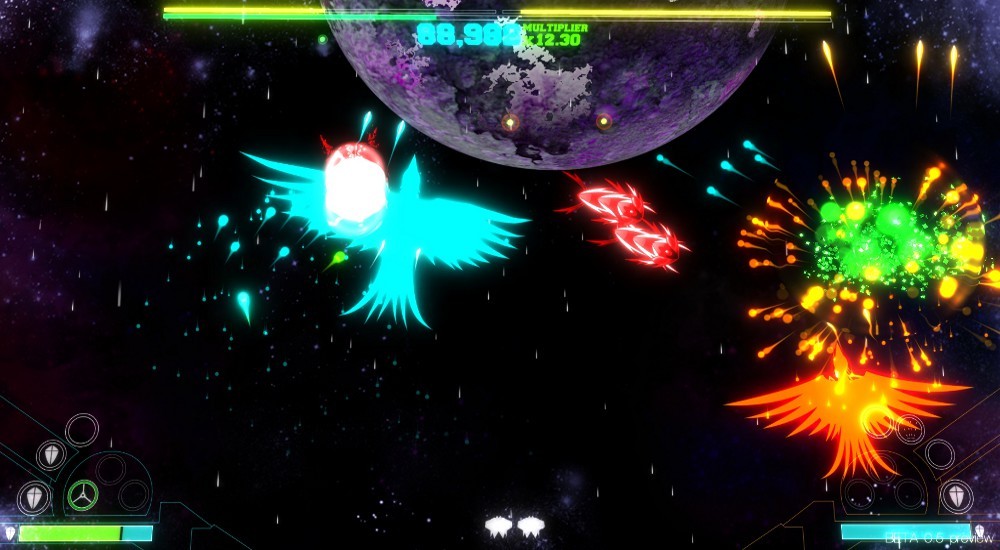 The "all you can shoot buffet" Roche Fusion is a game with explosions everywhere. The fast-paced shooter currently in development by Amulware sends wave after wave of aggressive enemies your way while dropping a few upgrades in front of you so you can feel like you have a shot at survival. It's a retro shmup in many ways, but there are a few features that make it stand out from the oldest old school shooters out there.

Probably the most significant feature of Roche Fusion (apart from its co-op, of course) is its procedural gameplay. Everything from enemy spawn locations to frequency, flight patterns and behaviors, upgrade selection is generated on a per-game basis. Each time you fly and die, it becomes a totally different experience, though you're still rewarded in the long run for sticking with it and memorizing enemy patterns. Good luck nailing a spot on the global leaderboards.

Roche Fusion is currently in open beta, and a number of big features have only recently been added. Gamepad support is now a thing, which made many of us breathe sighs of relief. Co-op is also brand new, so expect it to feel a little skeletal at the moment. For now it's limited to two local players, plastering both on the screen at once so you have twice the firepower as before. Basic, but functional. And likely to cause shouting matches when your co-op buddy's skills aren't as refined as your own.