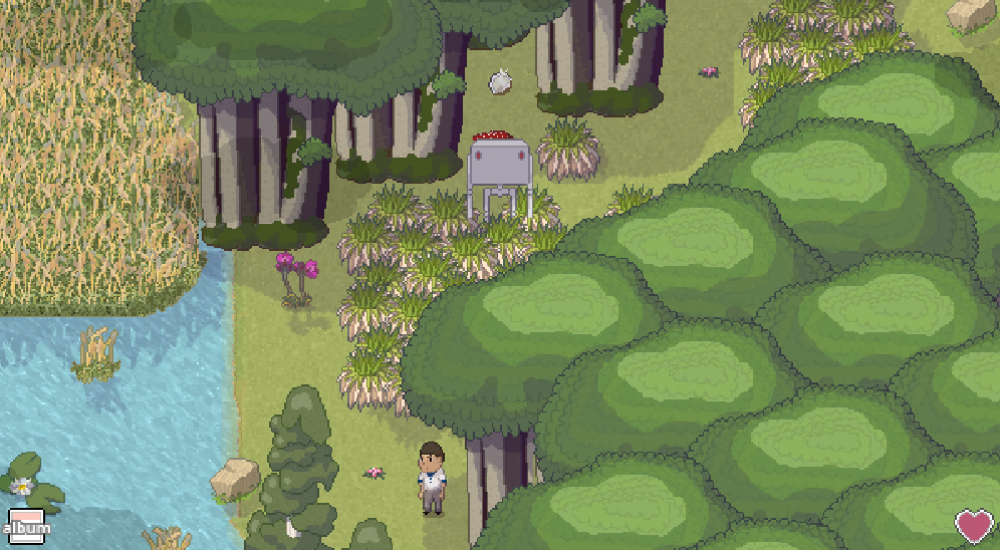 After unveiling the Pokemon-inspired educational RPG earlier this year, developer Dromedary Dreams has been hard at work getting AnimalAlbum ready for public consumption. That day has arrived! A new trailer and a browser demo have been released so you, too, can guess which animal I have a picture of.

AnimalAlbum is a casual experience that's all about exploration. You play as a long-legged robot who moves through a top-down world filled with trees, grasses, wild animal encounters and plenty of NPCs. So far, battles are picture-based and feature an obscured image at the top of the screen with multiple choice answers below. Click to remove tiny bits of the image mask, then make your guess as soon as you're confident. Get it right and you add the animal to your album. Get it wrong and you'll argue that that was totally a Portuguese man o' war, no matter what the picture actually showed. Grr.

The browser demo for AnimalAlbum shows off early gameplay, and it's looking pretty smooth so far. Co-op isn't available just yet, but it's planned to be "semi-cooperative" in nature, allowing a second local player to drop in at any time to help out. The idea is for parents and children to play and learn together.

AnimalAlbum is tentatively scheduled for a Q1 2015 release on PC, with possible ports to Linux and Mac. There's also a Kickstarter program if you're interested in giving development a little boost.