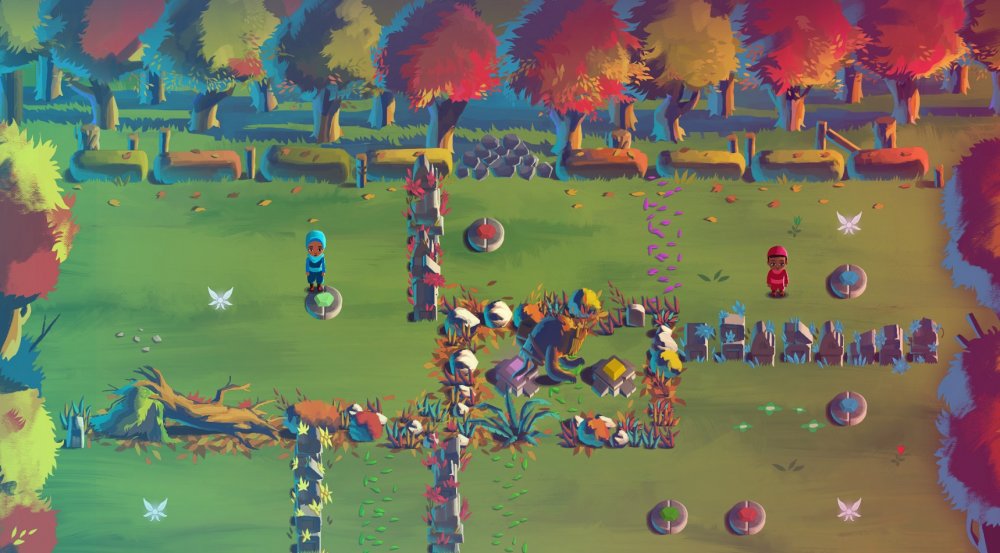 New indie developer Mount Olympus Games, headed by Lyle Cox, has a vision for gaming. Rather than a new FPS shoot thriller, or hack-n-slash loot fest, they want to make games that "benefit society... We want players lives to be better for having played my games." Their first attempt at this is Together: Amna & Saif, a cooperative puzzle platformer where "you can't complete anything by yourself" and players "will need to communicate and co-operate with each other to progress."

The game focuses on the titular Amna and Saif, a mother and her son who are venturing through a mysterious forest in order to find a cure for a loved one that's fallen ill. In order to make their way through, they must work together to overcome obstacles and solve puzzles in order to delve further into the forest's depths. Solving those puzzles is just a part of the overall gameplay experience. Lyle is hoping that the title will "foster interaction, communication, and empathy" with your co-op partner.

The game currently has no set release date, though plans are for some time March 2015. Mount Olympus Games is also seeking additional funding through a Kickstarter campaign, though this funding seeks to only add to the game and its release is not dependent on the campaign's success. They're also trying to get the game on Steam through Greenlight.

It is rare in this day and age of game development to see a developer so focused on making a game just cooperative to the point where multiplayer and even single player are left out. Hopefully, this is the start of a new trend in gaming.