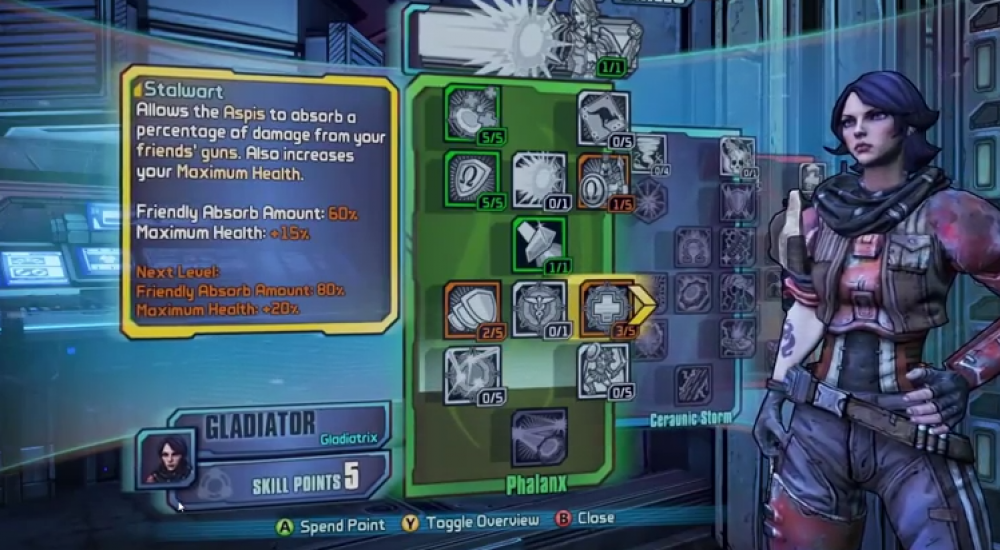 Joy puke. Frown malfunction. Face lasers. These are just some of the side effects of playing Borderlands: The Pre-Sequel. We got a hands on of the co-op at E3 2014 - luckily we didn't puke, but there was some frown malfunction for sure.

The game overall seems more finely tuned than previous entries in the franchise. Combat was never bad in Borderlands, but in Borderlands: The Pre-Sequel it just seems to go a little smoother. Instead of my gunfire just knocking off numbers from an enemy it felt like I was doing actual damage and hurting my foes.

Being on Pandora's moon, players can take advantage of the low gravity. Instead of ducking for cover during a firefight, it's often wiser to jump above and rain hell on the enemies below. Quests are also more vertical, as I had to scale a tower to redirect some slime flow at the top. Instead of finding a latter or stairs I jumped from rail to distant rail thanks to the lack of gravity.

The art style in Borderlands: The Pre-Sequel is near identical to its predecessors, but looks a bit fresher, there are less rough edges and the new enemies match well with the moon setting of the game.

Borderlands: The Pre-Sequel features four player online co-op and two player local co-op (that can be combined with online). The game launches October 14 in the US and October 17 internationally.