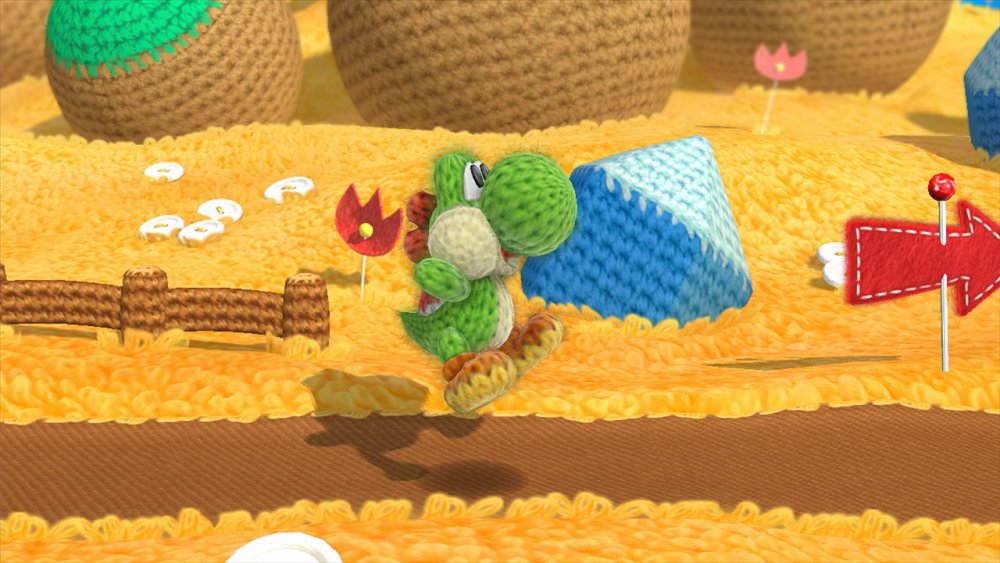 Of the new titles Nintendo dished on at E3 this year, Yoshi's Woolly World for the Wii U seemed to warm us over with its loveable gameplay and yarn-like graphics. Fans of Kirby's Epic Yarn will be happy to see a stuffed, 3D plush character rather than a 2D version. Stated to be released next year at some point, Yoshi's Woolly World tries to mirror previous Yoshi games like Yoshi's Island. Obviously, Nintendo took inspiration for this game from Kirby's Epic Yarn on the Wii. Nintendo stated that this will be a two-player co-op title (more than likely local) and will feature two different playable Yoshi's with identical powers. Check out a small E3 demo reel of the game, including co-op gameplay:

The main mechanic of this platformer is to move across the stage and lap up enemies to create throwable, wooly yarn eggs. These eggs can open up new pathways, access puzzles, and defeat other enemies. In the co-op mode, players will be able to swallow the other and spit them out, primarily to reach areas that aren't normally accessible. I think many fans of Yoshi titles will be happy that there isn't any time limit to be seen, so the gameplay will focus more on exploration and discovery.