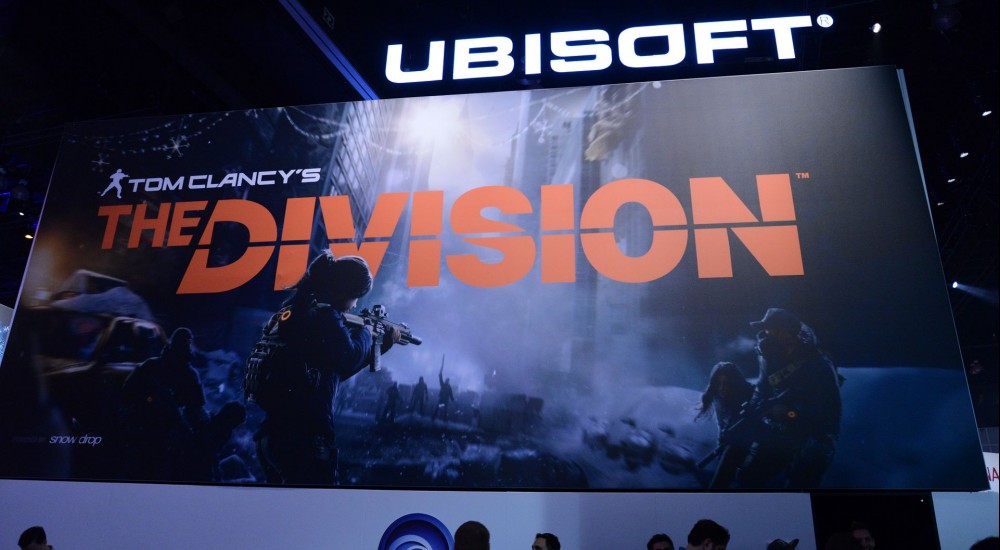 By now you should be familiar with The Division’s gameplay demo presented during the Microsoft Media Briefing at E3. During the demo, players worked together to capture and establish a base of operations in the barren wasteland that once was New York City. I was able to see hands off co-op gameplay of what happens after the demo, and how tactical cooperation is a necessity in the land of The Division.

In the demo I saw, two players were playing on a PlayStation 4 and one was on a tablet. The tablet view surprised me; I was originally picturing a map with some dots, but mobile players see a truly detailed world with player animations and 3D landscapes. The amount of detail on console is breathtaking. Newspaper, garbage, and personal effects litter the ground of New York, and all interact with the wind, footsteps, and explosions. There are no painted on 2D textures, and the glimmer of lighting through fog and dust showcases the true power of the industry’s newest consoles. The Division is an open world game, so at anytime the player has a multitude of paths they can take. In the demo, the players pull up a map and find a supermarket nearby that likely still has supplies inside. Each zone in New York City has certain stats tied to it such as security level, contagion level, and morale. By securing the supplies inside the supermarket, that zone will be able to provide additional aide to civilians and other Division agents.

Before heading out, players must first prepare for the battle ahead. The Division does not include character classes, but instead players can level up skills and abilities that suit their play style. The HUD for customization, and for the game in general, is reminiscent of Dead Space. Instead of menus that block the screen or traditional life bars in the corner, everything is projected off your person, and the character interacts with the projections accordingly. Using a display on his wristwatch, one player selects the type of skills they want to use as they storm the supermarket.

The massive city of New York allows for the player to go almost anywhere - but they might not necessarily want to. All around the city are pockets of contamination, and if you don’t have the right equipment you’ll quickly die inside. On the way to the supermarket the players encounter a level 5 contamination zone, but are luckily equipped with the proper gas mask to continue. Inside contamination zones are Cleaners, enemies who will kill anything and everything alive. Unfortunately for our players, they are currently burning the supermarket to the ground, so it’s time to act if any resources are to be salvaged. Division agents approach quietly, planning out the attack and inevitable firefight that ensues. By highlighting cover, players can run from one destination to another to maintain the element of surprise. Dealing with the Cleaners is almost like dealing with enemies with aggro - while one player is pinned under cover a second releases a small turret to draw fire. When the Cleaner begins attacking the turret, the original player has the opportunity to rise out of cover and take him down.

Once all enemies are taken out power is restored to the supermarket and the zone's strength increases. Every player in the demo, including the table powered drone, had a pivotal part to play in the gameplay we saw. Though we only saw three players, the full game feature four player online co-op.

Tom Clancy's The Division launches in 2015 for PlayStation 4, Xbox One, and PC.