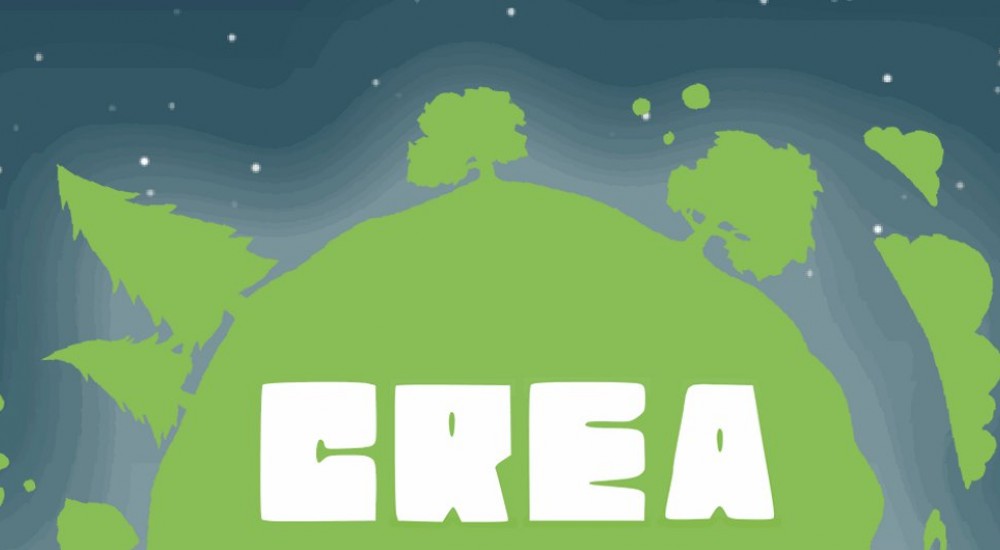 Crea is hoping to take the whole Terraria sandbox genre in a slightly different direction. The sidescrolling exploration game is built with community in mind, making every aspect easy to mod and customize. The gameplay itself even varies from your usual Minecraft-type game, which actually makes the co-op aspect even stronger than usual.

Most building games drop you in a world with little more than a crafting grid and an insatiable urge to punch trees. Crea takes things about ten steps further and four steps to the side. You've got items for harvesting materials, of course, and weapons to attack enemies with, but there are also spells to use, ranging from basic elemental attacks to healing and shield spells. You also earn skill points each time you do just about anything, allowing you to upgrade everything from mining speed to attack efficiency. These talent points turn Crea into much more of a purpose-driven game instead of a milling about house building simulation. Though you can do that too, if you want!

Here's the most interesting bit: recipes must be researched before they can be used. You do this by dropping items into a research facility. Place a stick inside, for example, and you'll unlock recipes that use sticks in the ingredients. If a recipe requires sticks and something else, you get to see the recipe but not use it just yet. Some recipes require your crafting talent to be upgraded before they're unlocked, which means you'll need to go back out and do some stuff so you can earn talent points. Exploration is so much more important in Crea than other sandbox games.

There are a lot of other features that makes Crea stand out from the crowd, but its user-friendliness really does permeate every aspect of the game. Crea has been in development since 2012, so even though it's on Steam Early Access, it's far more complete than most games that make it to the service. Co-op multiplayer is a little unstable at the moment, but it supports cross-platform play, so Mac, Windows and Linux folks can all jump in together.