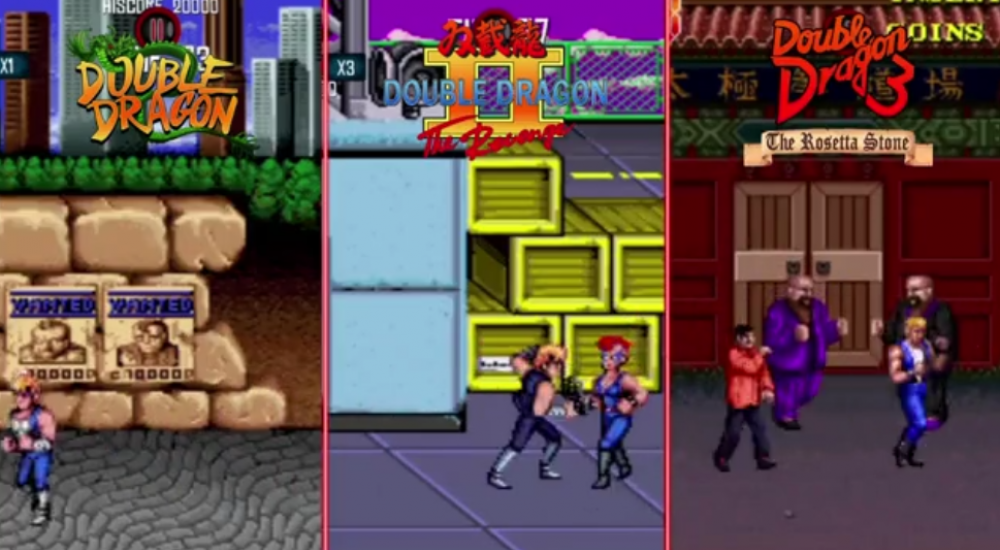 Released this month for OUYA, Double Dragon Trilogy includes the three installments in the classic 1980s beat-em-up franchise. For $2.99, you'll get Double Dragon, Double Dragon 2: The Revenge, and Double Dragon 3: The Rosetta Stone - that's about a buck per game.

You know the story; it all kicks off when Billy's girlfriend gets kidnapped, Billy and his brother Jimmy beat their way through hundreds of enemies and try to get her back. Developer DotEmu previously released Double Dragon Trilogy on Android and iOS devices in 2013, and now it's available on your very own Android powered home console. Double Dragon Trilogy features two game modes, Arcade and Story, and also offers three difficulty levels to chose from. The soundtrack has been remastered, but if you're the nostalgic type, the classic 8bit version is still available.