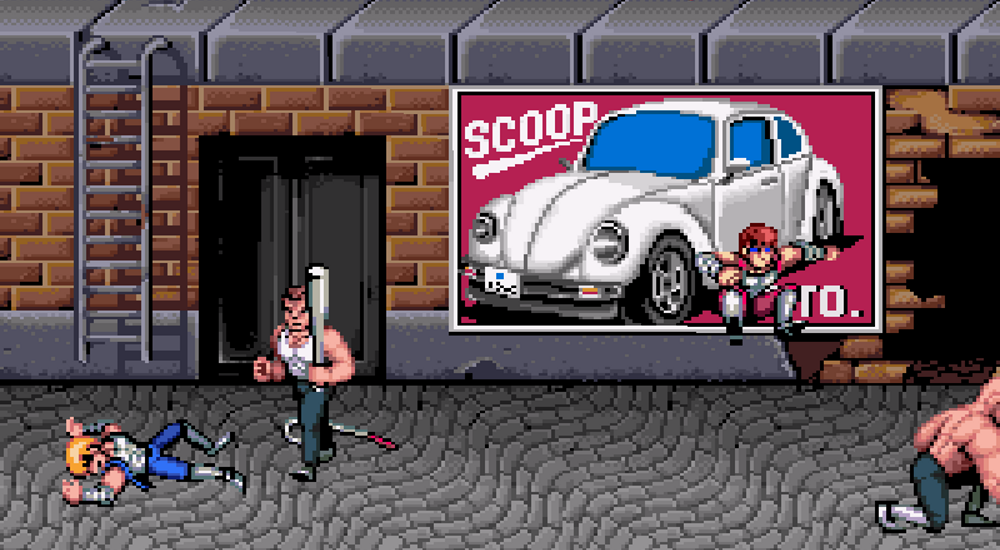 Well, it's been out on Android, iOS and OUYA for, like, a year. Don't you think it's about time Billy and Jimmy got their act together for some PC co-op brawling? DotEmu agrees, and so Double Dragon Trilogy is finally available on Steam and GOG!

The trilogy includes Double Dragon, Double Dragon 2: The Revenge, and Double Dragon 3: The Rosetta Stone, all packaged together for easy play. The mobile versions had reworked controls for touch screen punching and kicking, but PC users will have none of that virtual button bologna and can instead customize controls and use both keyboards and controllers. Three modes of difficulty are still present, just to make sure you're as good at the game as you remember. You can even mix and match modern or retro visuals and sounds. 8-bit all the way!

Co-op is a step up from the mobile versions of Double Dragon Trilogy. The little guys only had local bluetooth play, but for PC, we get both local and online multiplayer for up to two people. Relive the arcade days without having to relive your friend's shocking lack of underarm deodorant.

Head over to Steam or GOG to grab Double Dragon Trilogy. Both markets are offering a 20% discount for the first week the game's on sale.