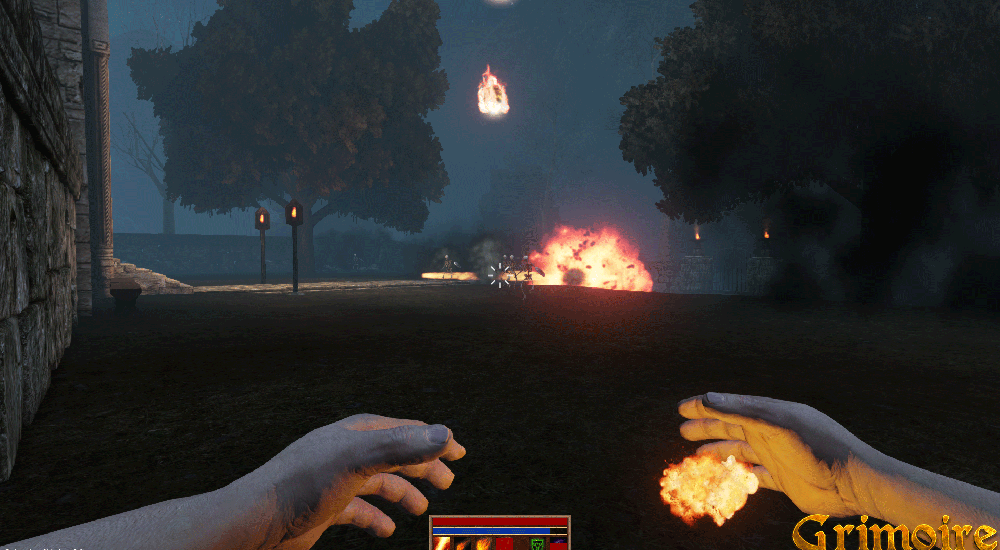 Even though Harry Potter wants us to think that wizards mainly cast spells that make you vomit slugs, indie studio Omniconnection isn't buying it. The team's upcoming first person shooter Grimoire is all about what happens when mages get together. Hint: fewer slugs, more spell blasting and cries of agony.

Grimoire features two powerful wizarding factions that are split into ten distinct customizable classes. These factions are at war, of course, but the good news is that you get to participate in that war by equipping abilities and having it out with your enemies, zappy style. Over half a dozen game modes are planned for Grimoire. The first three will be Conquest, Co-Op Survival, and Arena. The game is still in alpha and co-op hasn't been implemented yet, but if you can imagine running around a town frying things with your friends as you fight for your lives, you're on the right track.

Sometime in mid-August the Grimoire team plans on rolling out Kickstarter and Greenlight games to help push through the early alpha tests. Free updates are planned throughout this period, which will include new spells, new game modes, and new classes.Until then, alpha sign-ups are currently open, just in case you're curious!