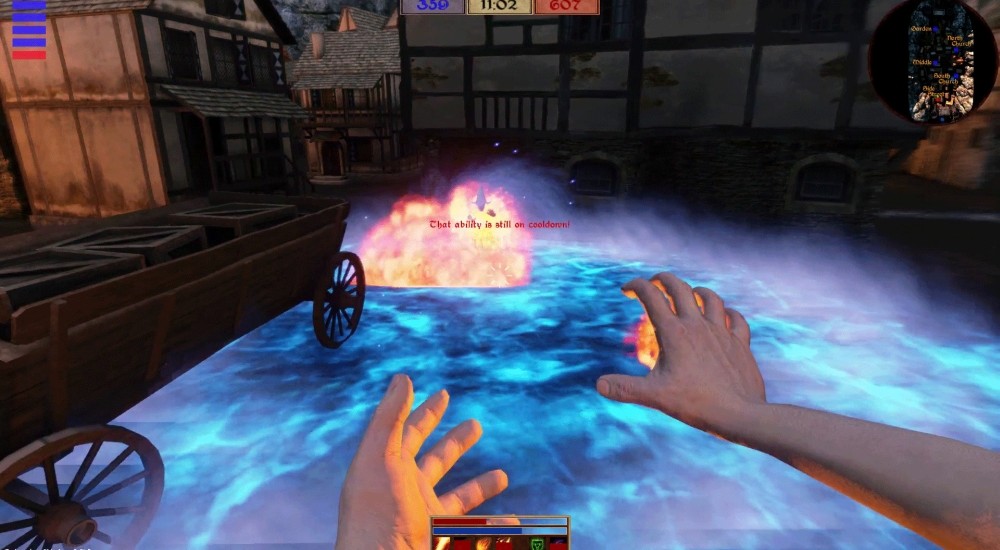 Did you think OmniConnection had forgotten about us? In the summer of 2014 the team teased its upcoming co-op wizard FPS Grimoire: Manastorm, a game that makes Harry Potter look like a tame kids' story. Now the studio has announced the game is entering open alpha, with sign-ups available to anyone with a penchant for mage battles!

Grimoire: Manastorm borrows MOBA elements from games like League of Legends and DOTA 2 to put a nice and modern spin on the classic multiplayer first person shooter. Since players take on the role of mages, attacks have been pushed up to eleven and feature everything from gigantic fireballs to boulders that drop from the sky. Three modes of play, including PvP, arena and co-op, and ten character classes to choose from set the stage for some seriously insane mage on mage action.

Now, about that co-op. Grimoire's Safeguard mode pits a handful of wizards against legions of evil creatures that stream into town. Your job is to make sure they don't overrun the place, and you can do that by saving the helpless villagers, destroying everything, or a fun mixture of the two. Safeguard comes with an in-match progression system, quest objectives and procedural event-based enemy attacks to ensure you never get bored with being the "good" mage.

Grimoire is currently on Steam's Early Access program with a release scheduled for "early 2015". Alpha sign-ups can be found on the game's official website.