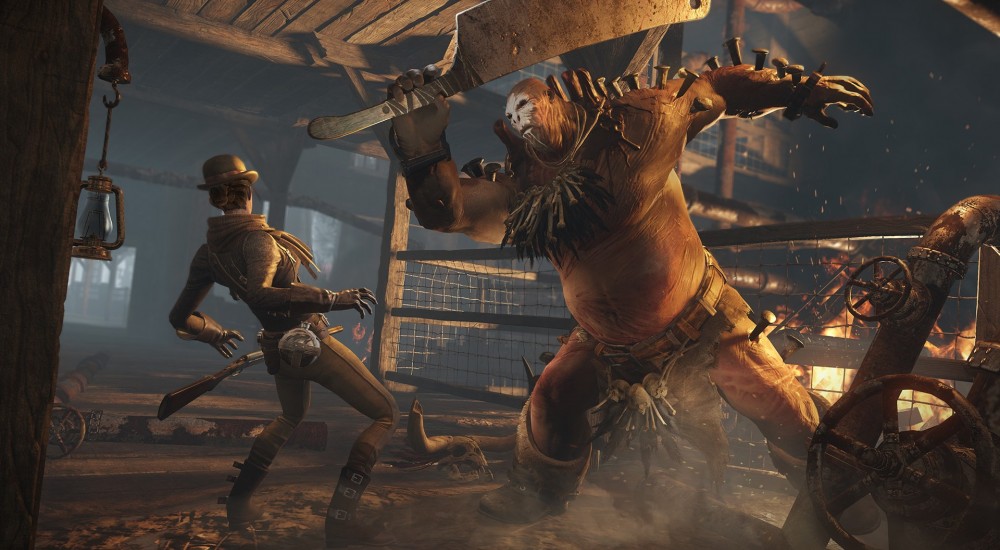 Crytek announced a brand new title this year at E3, being Hunt: Horrors of the Gilded Age, a four-player co-op action shooter where you defend the 1800's against hordes of evil, and showed off Homefront: Revolution, a four-player open world shooter sequel to the middling Homefront. With two co-op heavy games in development over there, it must be nothing but smiles all around, right?

Well, troubling news has shaken Crytek in recent weeks, with reports of layoffs and unpaid work tainting the renowned multinational studio's reputation. Through the projected corporate fog, we know one thing for certain: two of its games are switching developers.

Hunt: Horrors of the Gilded Age is transferring from Crytek's Austin studio to the Frankfurt (yes, Germany) location. "Crytek will retain a presence in Austin, with several staff members maintaining the CRYENGINE support team to assist North American Licensees," Crytek responded. "Employees who are not set to be part of that support team will be invited to apply for new positions at Crytek in Germany."

Being "invited to apply" for a company that is essentially laying you off must be a very strange feeling. Hunt isn't alone in the Developer Swap. The Koch Media Group recently acquired the Homefront license (and all the baggage it carries) from Crytek, and tossed it over to Deep Silver Dambuster Studios (formerly known as Crytek UK) for development. Dr. Kelemens Kundratitz, CEO of Koch Media, stated "We strongly believe in the potential of Homefront: The Revolution and trust in the new team to continue the path they have been walking in the last years."

Though we have no idea of the financial state of things over at Crytek, it seems like they might be moving away from developing games all together, and to support of CryENGINE.