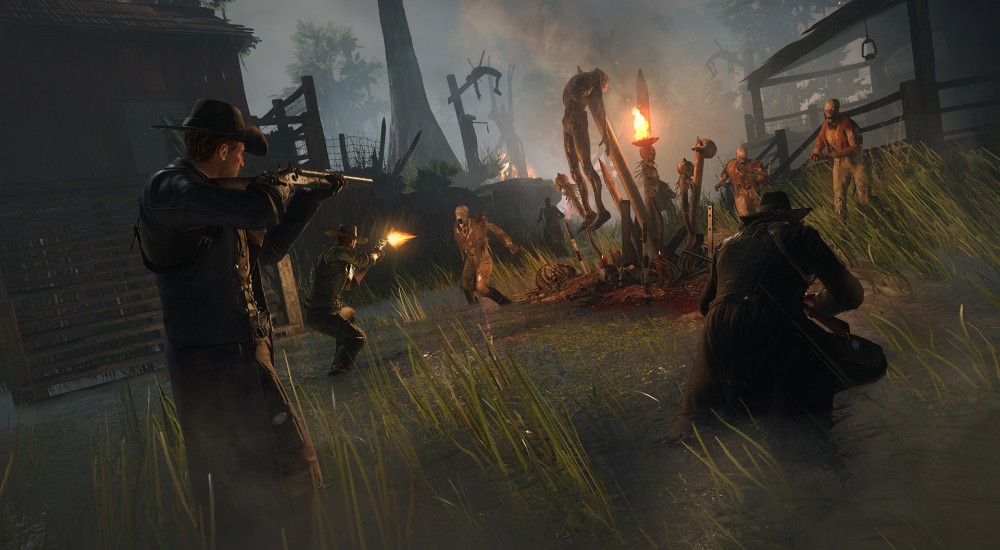 1) Make it a third person shooter with RPG elements
2) Set it in the late 1800's
3) Have the encounters and locations randomly generated through each playthrough
4) Fight something other than zombies.

That brings us to Hunt: Horrors of the Gilded Age announced this year at E3. Developed by Crytek and coming to PC and consoles, you and three buddies will arm up with silver buckshot and holy water to battle the evils from folklore the world over.

Check out the rather ominous trailer.

Okay, I know what you're thinking. "These are zombies, this is a zombie shooter, and there are just under a trillion of those." But, it's not exclusively that. There are zombies in it, but they didn't just teach a corpse to shamble and call it a day. In a conflict spanning the globe, your adventurers will be battling baddies straight out of nightmares.

Each environment has enemies specific to it, so you won't be trashing the same monsters on into perpetuity. Whether it's unraveling mummies in Egypt, gunning down voodoo-crazed hillbillies in Louisiana, or, uh, garlic-ing vampires in Romania, there's to be plenty of Industrial Age evil that needs killin'.