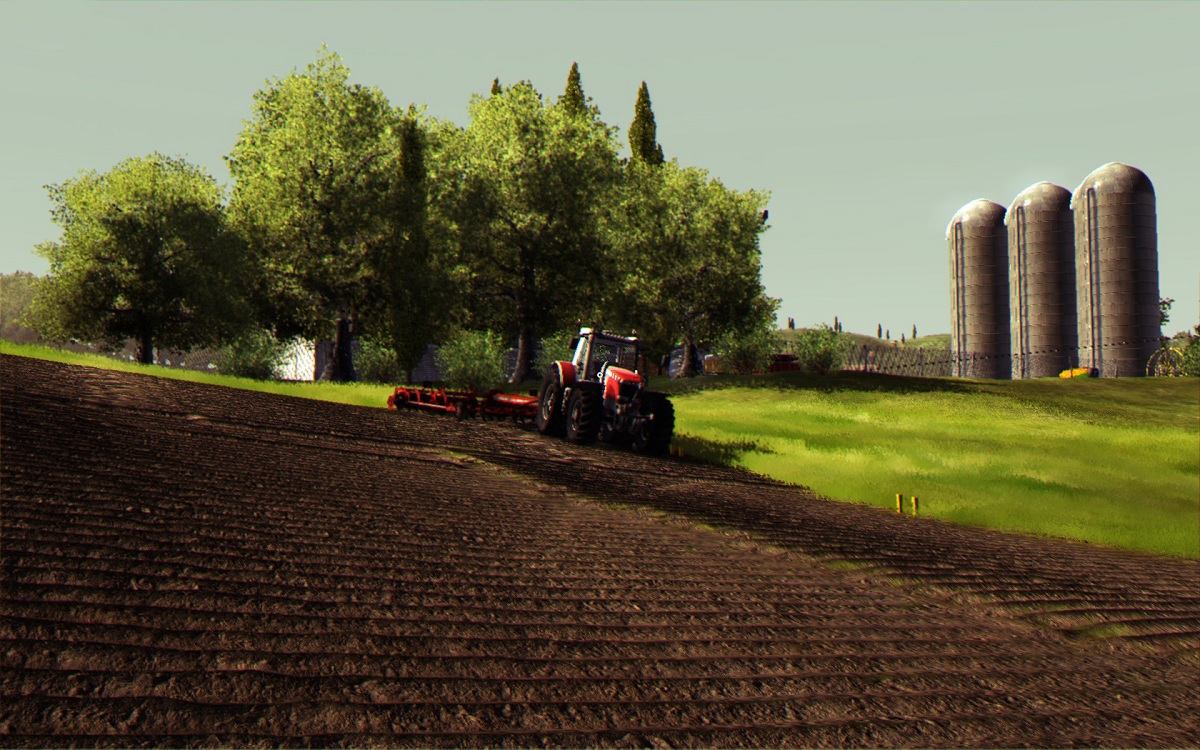 Like a glistening dragon plowing itself along a dirty ditch, there is something majestic about the sight of a throbbing farm machine.   Bask in the glory of these magnificent beasts in the new trailer for Farming Simulator 15, a game that will allow you to combine your harvester with up to 15 other players.

You may scoff at the thought of a farm game, but the previous iteration sold over 2 million copies.  Farming Simulator 15 is currently due out on PC in October, but is planned for a cross generation console release in the new year:

A genuine publishing phenomenon, Farming Simulator confounded all expectations by becoming a real bestseller, with over 2 million copies sold worldwide with the latest version available on (PlayStation 3 & Xbox 360) and computer (PC & Mac).

Sticking to the recipe that has so far proved such a smash hit, the Farming Simulator franchise is now moving up a gear! A new graphics and physics engine, new visual effects, a new interface, new gameplay mechanics and, of course, a new and vast game environment; Farming Simulator 15 combines all the right ingredients to offer the richest and most detailed farming experience ever on PC in October of this year, and early 2015 on home console (cross-generation)!

If that is not enough hype to make you want to jump onto this particular farm wagon, then the new trailer may just help.  It combines the wonder of farmyard machinery with the glory of nature (but needs more dubstep):