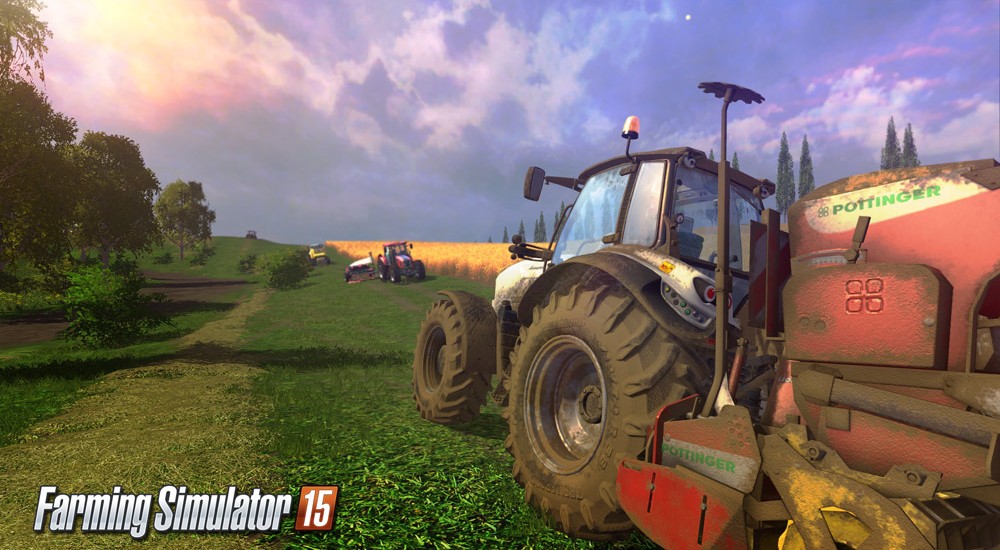 Publisher Focus Home Interactive revealed that its agriculture-'em-up Farming Simulator 15 will hit the Xbox One and PlayStation 4 in May with a console-first series of co-operative gameplay features.

"Farming Simulator 15 [...] offers for the first time a multiplayer mode on consoles (PlayStation 4 and Xbox One)!" the publisher notes. "Invite your friends to join in your game: increase your productivity by sharing tasks or cooperating on bigger missions, and develop your farm faster!"