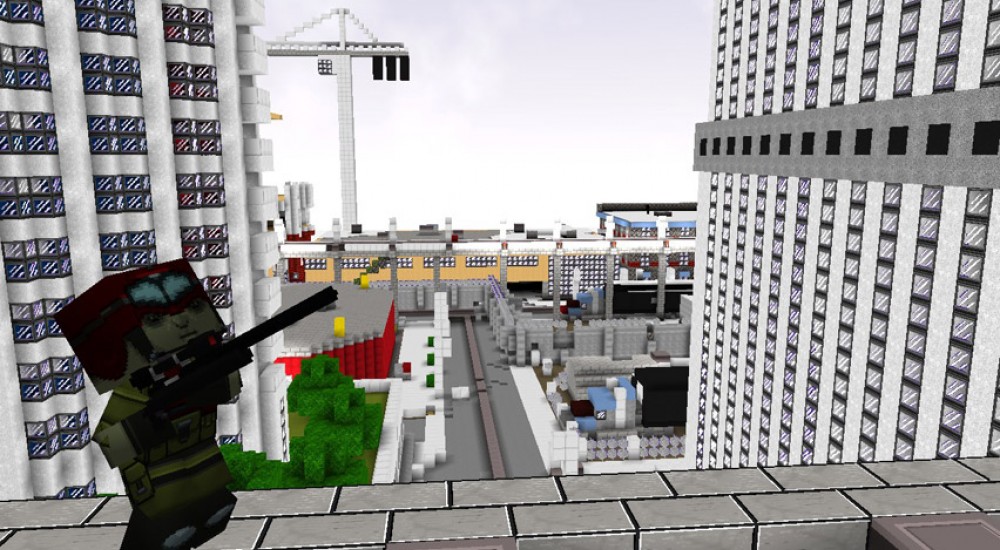 It's pretty easy to guess what kind of game Guncraft is, especially in this post-Minecraft voxel world we live in. The game has been a PC exclusive for almost a year now, but developer Exato Game Studios recently announced plans to bring Guncraft to Xbox 360 by the end of the year!

Guncraft is one half guns, one half building, and, um, one half building those guns. Our math works out in the end, trust us. It's a highly customizable game that lets you build maps, edit your character class, construct things mid-battle, and yes, craft your own guns, a feature that's perfect for the connoisseur that demands a rapid-fire bazooka unicorn gun. In addition to its battery of solo and multiplayer competitive modes, Guncraft offers the co-op Onslaught Mode that lets you and three friends build, repair and defend a fort against incoming hordes of baddies.

The Xbox 360 port is expected in Q4 of this year. It will have just about everything the Steam version has, including all of the DLC releases, along with a handful of exclusive maps, high-res character models, a new leveling system, and two player split screen. Actually, you know what? Here's a list: