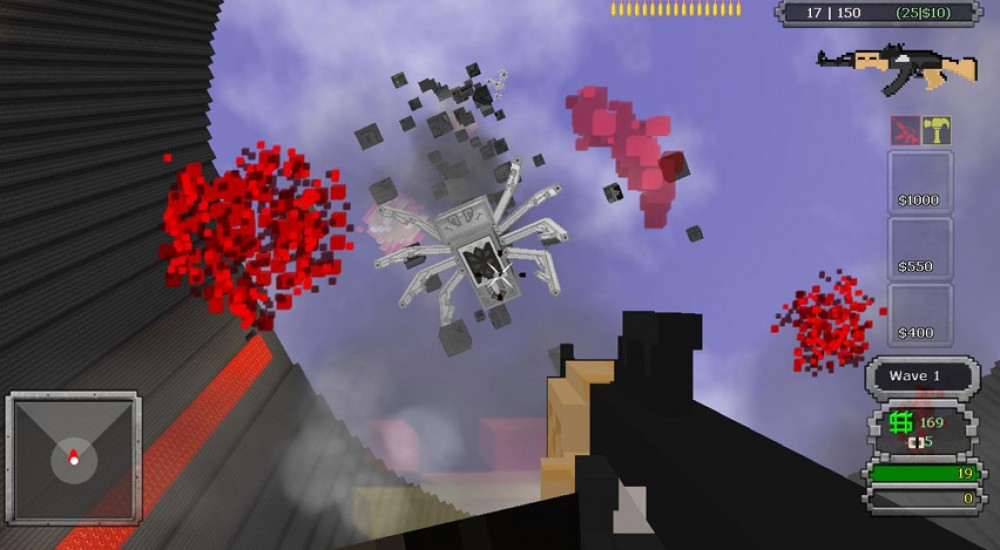 Yes it's Minecraft with guns. But really, it's not that simple. Guncraft combines many of the elements that make Minecraft so addicting: open world crafting, collecting and building and melds it with the feel of a hardcore shooter like Call of Duty. Uh oh - I said Minecraft and Call of Duty in the same newspost, if I throw in a free to play I'll hit the trifecta of controversial hit bait.

Guncraft launched earlier this month on Steam and it's something we missed because frankly the co-op mode is buried in a long list of features and game modes for the title developed by Exato Games.

Create custom levels, weapons, and characters – you are literally only limited by your imagination!

7+ outlandish game modes for up to 16 players (Online/LAN), including:

“Spleef” – Players drill and destroy blocks on the platform near or under their opponents in order to cause them to fall to their deaths, while fervently avoiding suffering the same fate.

“Siege Mode” – A building and prefab centric game mode where two teams are pitted in a race to build a trebuchet-style catapult first. Be sure to defend it, else you get your structure destroyed by the other team.

"Racing Mode" – Race to the finish and blow up everyone in front of and behind you in the process! You can even team up with a friend for some double dash style action in the fast paced new game mode!

So in case you missed it, the co-op comes in the form of a mode called Onslaught. Four player can team up to build up a base and then defend themselves against waves of enemies that get progressively harder over time.

With extensive modding and level creation tools and a promised steady stream of DLC from the team, we may see more co-op modes available in Guncraft in the near future.

Here's a few trailers to let you know what you're in for. Guncraft is out now on Steam for $14.99.