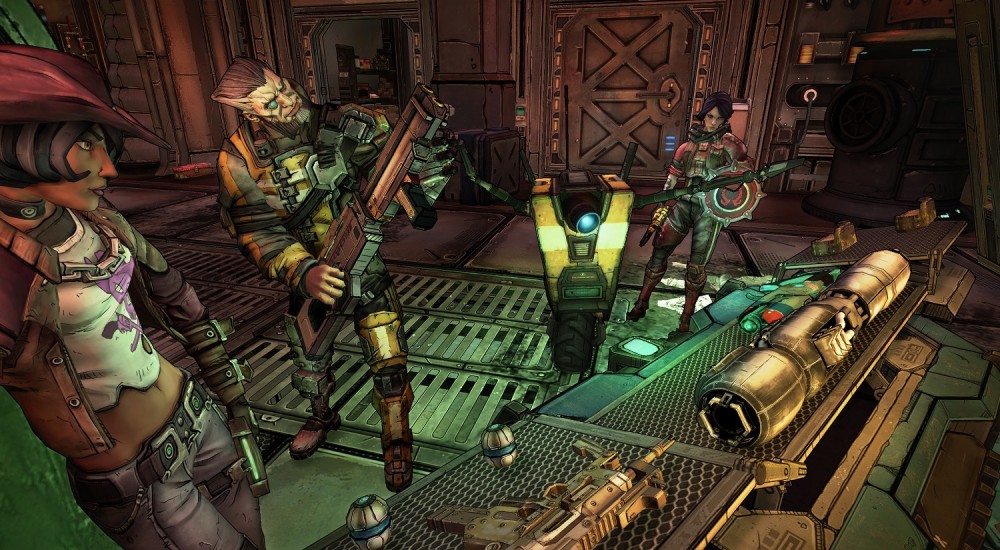 A new video recorded from PAX Prime features two developers from Gearbox 2K Australia walking us through Claptrap's skills in Borderlands: The Pre-Sequel! Take a good look at those skill trees, then watch some shooting and miscellaneous explosions afterwards!

Claptrap's skill is called VaultHunter.EXE. Or, if you're using DOS, vaulth~1.exe. It's a hit-or-miss program that analyzes the situation, determines which Vault Hunter would be best suited for the challenge at hand, then transforms claptrap into that character for a short period of time. The different skill trees broadly focus on weapons, explosive damage and team-related skills. The I Love You Guys tree even includes an ability called HIGH FIVE GUYS.

Naturally, there are some catches associated with this program. The biggest one is the software is still in beta, so its idea of what a "Vault Hunter" is may be questionable. It also has a number of affects on the party, some of which are helpful things like reload speed boosts and health regen. But really, you never know what's going to happen when you run that program, which makes playing Claptrap kind of insane.

The video is just over 11 minutes long and will give you a great overview on life as a playable Claptrap unit. Watch it, then call dibs before your Borderlands co-op buddies do the same!