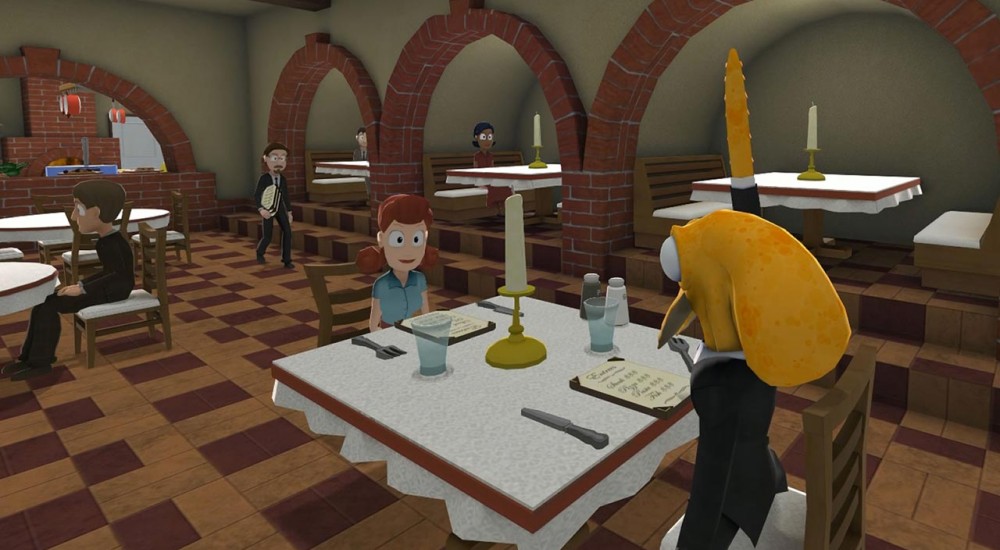 Curious to see how Octodad and Scarlet developed their romance? What about just goofing around with Octodad in new environments? Well, Octodad: Dadliest Catch will be getting some free DLC missions next week in the latest game patch.

On October 14th, both the PC and PS4 versions of the game, Dadliest Catch will receive some much anticipated free DLC stages as a part of the game's scheduled v1.03 patch. These two missions were announced a handful of months back, which are stated to contain additional storyline within the Octodad universe, called "Shorts". The first mission, "Dad Romance" , shows Octodad going on a dinner date with his future wife, Scarlet (this is a prequel mission), after the "Cod of War" level. The second mission "Medical Mess" involves him working as a hospital nurse. In celebration of these two new missions arriving, developer Young Horses will also be offering a 50% discount on their game for one week, between October 14th and October 21st. This is a great opportunity to grab the it and experience quite a unique title. Obviously, there will be tons of clumsy chaos to endure through these levels, so enjoy and don't take the game too seriously!

At the moment, the developer doesn't have any plans to bring the title over to the Wii U, but has considered bringing over Dadliest Catch to the Xbox One, as indicated on Twitter.

For our co-op take on the game, please check out our review here!