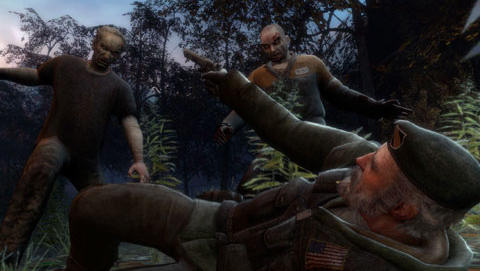 Our love for Left 4 Dead is well documented.  The game even won the coveted Golden Billy as the best co-op game of 2008.  We've played each campaign over and over.  We've beat survivors down as the infected in Versus mode.  Now, a few details about an upcoming expansion for Left 4 Dead have been revealed.

An entirely new multiplayer game mode, called Survival, will be the meat of the expansion.  A level editor will become available (for PC users only, too bad).  As for the rest, check out this bit of interesting wording.

"two complete campaigns for Versus Mode"

That sounds great, doesn't it?  Two new campaigns would be fantastic!  However, the qualifier, "for Versus mode", means that this is likely the ability to use the Death Toll and Dead Air campaigns.  Meaning, no new content.

Personally, I find this quite disappointing.  I am craving new levels for campaign mode.  Survival mode sounds intriguing, but it appears the wait to get new maps for 360 users will be a bit longer.  No release date or price (if any) have been revealed at this time.  What are your thoughts, fellow survivors?