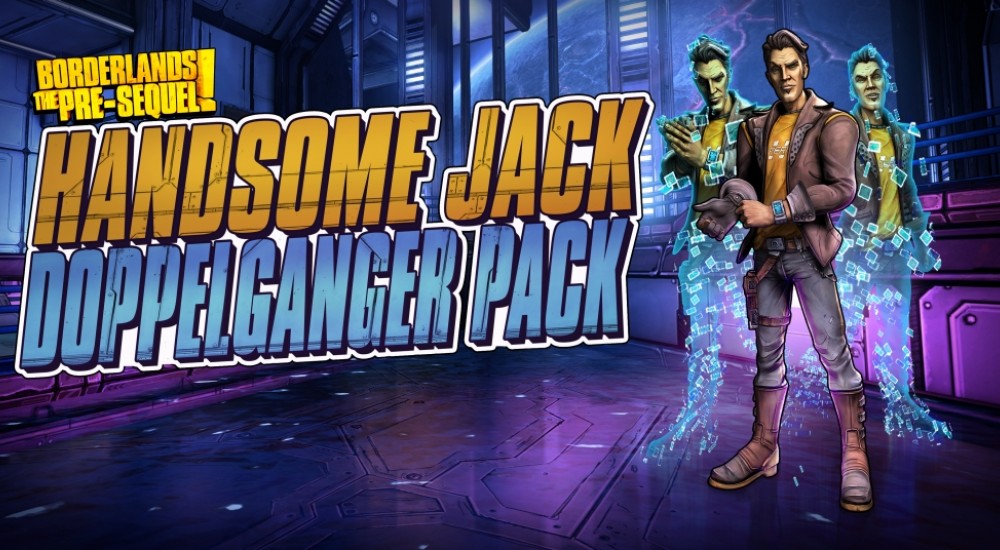 Gearbox has been great about supporting the Borderlands games after their initial release. At least four pieces of DLC have already been promised for  Borderlands: The Pre-Sequel, and on November 11, add-on number one is going to hit!

The Pre-Sequel's first add-on is called the Handsome Jack Doppelganger Pack, finally turning the snarky villain into a playable character. Jack can summon two Digi-Jacks that help out in battle, kind of like drones or turrets that need a sarcasm adjustment. Jack's skill trees can beef up the doppelgangers so they shoot lasers, get buffed whenever Jack picks up money, give Jack a Second Wind, or give him bonuses for using weapons from certain manufacturers.

Gearbox and 2K Australia say the other three pieces of DLC are still in development. At least one new character apart from Jack will be released, along with a level cap upgrade and a brand new campaign. We're holding out for the latter, as Elpis could use some nice new locations to float around and explore. Also, how about some raid bosses, yeah?

The Handsome Jack Doppelganger Pack will be available on Xbox 360, PlayStation 3 and Steam November 11th. It's part of the Season Pass, so if you've already partaken in that, you're good to go.