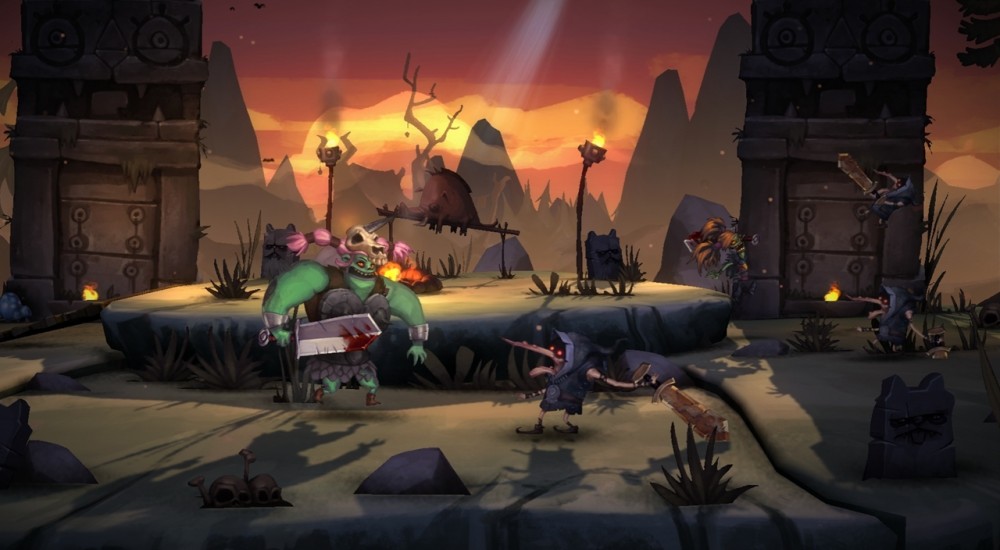 The warrior spirit of a Viking is hard to quell, even after death. In a upcoming 2D co-op title, Zombie Vikings, we'll see just how unnaturally fierce their zombies can be! Developer Zoink will be releasing their co-op brawler game around July 2015 for both PS4 and Steam (no word on Xbox One at this time). So far, the game will follow the story of four Norse warriors with a sort of Castle Crashers-esq feel to it. Each zombie character will have their won story, special moveset, along with tons of co-op moves to utilize. An example would be your partners using your severed zombie head as a throwing weapon! Additionally, tt will include both local and online multiplayer as well. Surprisingly enough, we are happy to hear that Zombie Vikings' story will be co-written by Saturday Morning Breakfast Cereal Comic creator, Zach Weinersmith. CEO of Zoink, Klaus Lyngeled has this to say regarding the game:

"Our ancestors are probably spinning in their graves as we are turning the stupid-fun dial up to eleven, but we're having so much fun with this. We're putting an enormous amount of work into script, character design and voice acting.

The first scene they had me write involved rescuing Odin's eye from a witch's ass," Weinersmith commented. "And they're paying me for this. Life is good. It's so cool to get to work on a project like this. Zoink is working hard to take a quirky setting and give it real characters, and I'm excited to be a part of that." SteamWorld Dig's developer, Image & Form will be helping Zoink with their marketing and PR, while Zoink works to make Zombie Vikings their first self-published title. As of now, the initial price of the game will be set around $11.99. With that, we leave you with a trailer for the game we certainly like.