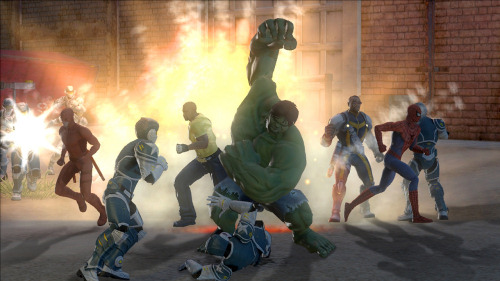 Even though Marvel Ultimate Alliance 2 was supposed to be on hand at this past weekend's NY Comic Con, it was nowhere to be found.  I suppose to appease the masses Activision has released a trailer as well as a handful of screenshots.

There's not much going on here, but the in game characters sure look good.  Hopefully we'll have more info soon on this 4 player co-op title, until then...enjoy the media.