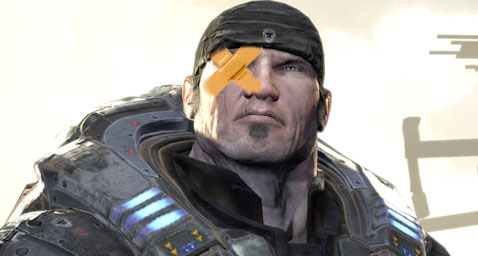 He's taken down hundreds of wretches.  He's slain wave after wave of drones.  Boomers, Berserkers?  No problem.  Reavers?  He yawns at them.  But there was one enemy, so terrible, so powerful, that even Marcus Fenix couldn't stop it...

Thankfully, the ravenous creature known as digital rights management has been defeated by other means, less satisfying than a Lancer ripping, perhaps, but still just as effective.  An expired certificate had prevented PC users from playing Gears of War as of late last month, but a new patch has been released (download it here) that fixes the issue.  I'm sure Marcus and the other soldiers of Delta Squad are relieved!