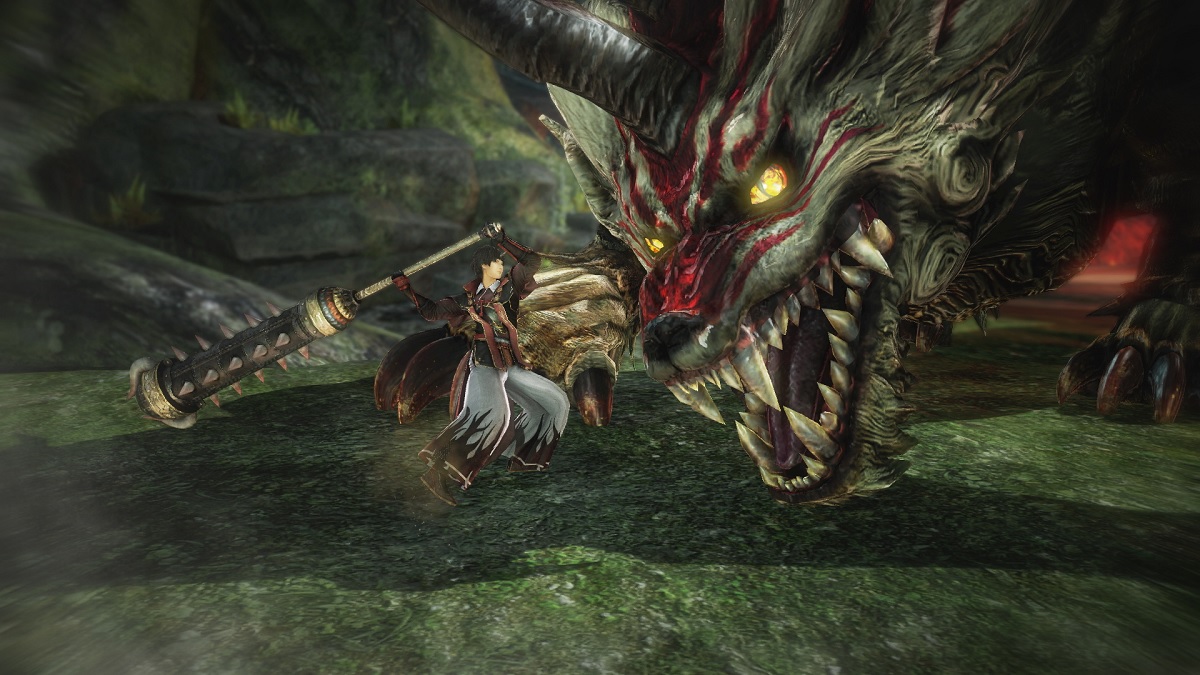 You say potato, I say Toukiden Kiwami.  This may not be the easiest game to pronounce, but it is made by the people behind the Dynasty Warrior franchise and for fans of strategic mash-em-ups that can be no bad thing.  Those with long memories may remember the Vita version of the game, but as of March 27th 2015, it will also be available on PlayStation 4.  A new mission trailer and pre-order info have been released to whet your appetite.

The Vita version of the game has 4 player online adhoc co-op and 4 player local on certain missions.  How this translates onto the PS4 version is yet to be known, but 4 player online would make sense.  To try and encourage you to order a copy early, developers Omega Force are offering various bonuses dependent on where you buy the game:

Amazon – 2 exclusive pieces of armor: a set of Tenko Gloves and a Chthonian Fiend Mask.

GAME – Additional armor for their slayer, fashioned after new-comers’ Soma and Reki’s costumes.

ShopTo.net and PlayStation Network – 2 pieces of armor, a set of Tenko gloves and a Chthonian Fiend Mask.

Nothing says buy me more than a piece of downloadable (horse) armor.  If the pre-order bonuses leave you a little cold, you could check out the below Mission Trailer to see if your viewpoint alters: