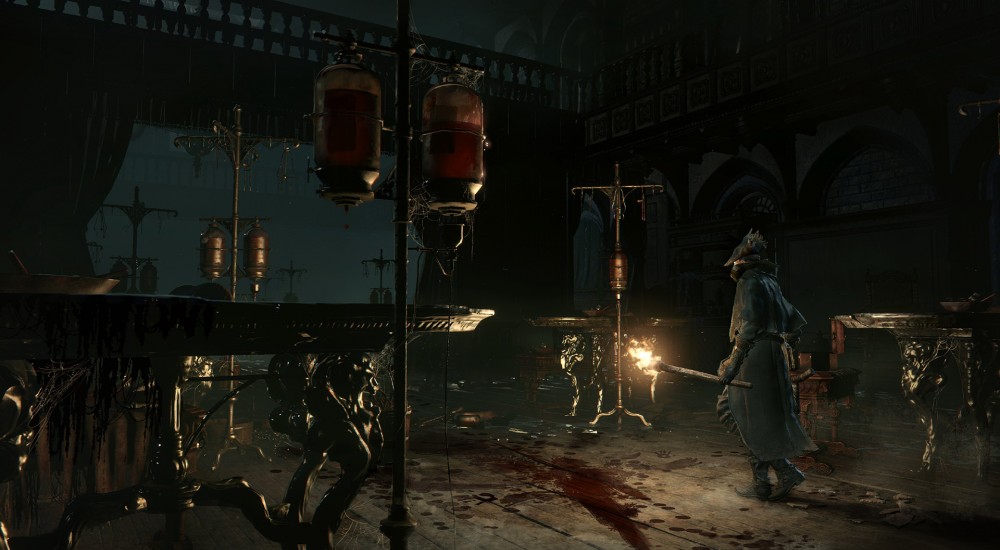 So you've bested Demon's Souls, teamed up to take out both Dark Souls games, and now you stand atop a gore-drenched pile of monster corpses, wondering what can possibly sate your appetite for challenge. Sure, there is Bloodborne and the difficulty it presents, but after mastering the Souls series, you know that all it takes is some trial and error, and maybe a buddy or two, to paint the walls of ancient palaces with the internal organs of some terrible evil.

Masaaki Yamagiwa, Producer on Bloodborne, has a few choice words for you regarding that exact problem. The Souls games, while great (congrats once again to Dark Souls II for receiving our 2014 Game of the Year award), still have their levels hand crafted by programmers. There's only so much a team of overworked individuals can crank out at once. Here to remedy that issue is the concept of Chalice Dungeons.

Chalice Dungeons (named as such because they require a special chalice to unlock) are procedurally generated dungeons teeming with baddies, puzzles, and traps. Taking dungeon development out of the hands of programmers and into a soulless, unfeeling machine gives unlimited possibilities to what you and your unfortunate friends may find lurking in the depths. The potential for limitless dungeons adds tons of replay for those who haven't been dealt enough pain from the main story.

It also dramatically increases the number of tragically gruesome deaths you and your band of adventurers may suffer, deep under the earth's crust. Where no one can hear your screams.