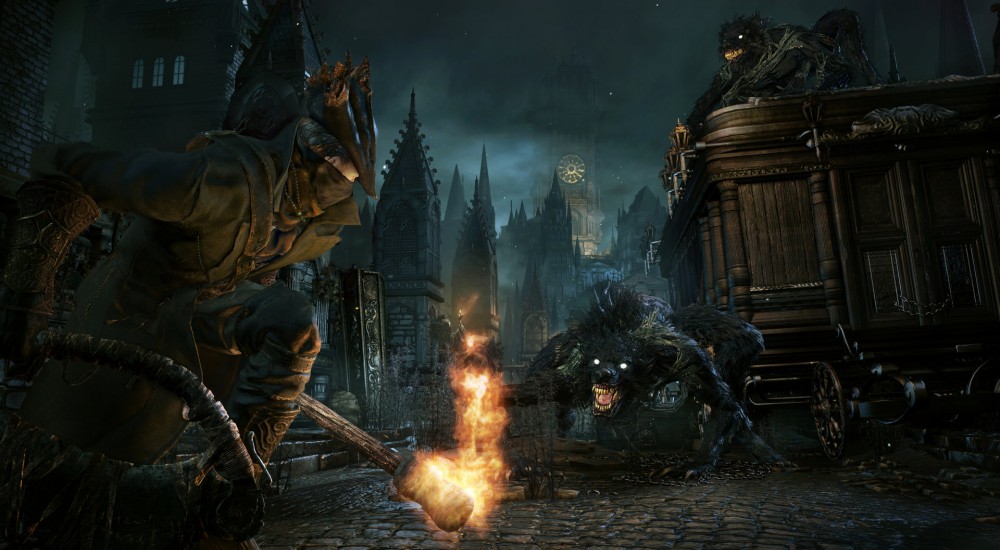 Update: As members of our community were so kind to point out, and as we discovered after some testing of our own, the reported "co-op glitch" originally covered in this article isn't a glitch at all; it's an intended piece of the game. That being said, there is a known progression glitch out there that is tied to the co-op/PvP aspects of the game. Light spoilers ahead.

The "glitch" that we originally reported on is - for lack of a better phrase - an unknown requirement. In order for players to summon and be summoned in the Cathedral Ward area, they must first buy the Chief Hunter Emblem for 10,000 souls from the Bath Messengers in the Hunter's Dream area. Once acquired, players must then go to the main gate of the cathedral and open it. This will allow you to summon aid and be summoned to aid others.

With that squared away, let's talk about the known progression glitch that was recently discovered. Players who are summoned by using the Small Resonant Bell, or who invade using the Sinister Resonant Bell, within the Forbidden Woods area will find it difficult to progress later on in the game as a key item will not drop for them. Sony and From Software are aware of this issue and will be releasing a hotfix some time next week to address this. Until then, be wary of offering aid in the Forbidden Woods.

As if Bloodborne couldn't get any more difficult than it already is, players have been experiencing a specific glitch that is making the game even more difficult. The co-op summoning mechanic is somewhat bugged when entering battle the first boss of the game.

Much like in the Dark Souls series, players are able to summon co-op partners to their games and use their help to conquer a dungeon. This glitch, however, is preventing players from being able to do this in one of the earliest stages of the game, making things a bit more difficult than normal. The Vicar Amelia battle within the Cathedral Ward is currently producing  this summoning glitch for one reason or another, therefore we want Dark Souls/Bloodborne beginners of to be aware of the possible spike in difficulty (without co-op partners, of course). Even if a player obtains and uses either the Beckoning Bell, which summons a co-op player, or the Small Resonant Bell, which allows players to be summoned into co-op, both won't work properly in this particular boss fight. The Bloodborne community has reported both items being greyed out, indicating the player being offline, and an animation error occurring after attempting to use either Bell.

They aren't impossible to complete, but it's a serious glitch that Sony has yet to address as of today. There is an upcoming patch that we are aware of, so hopefully this issue is among the bugs being fixed. We've even become aware of a potential glitch that erases save data after dying within an invited co-op session. If we hear more on either of these issues, we'll let our community know.