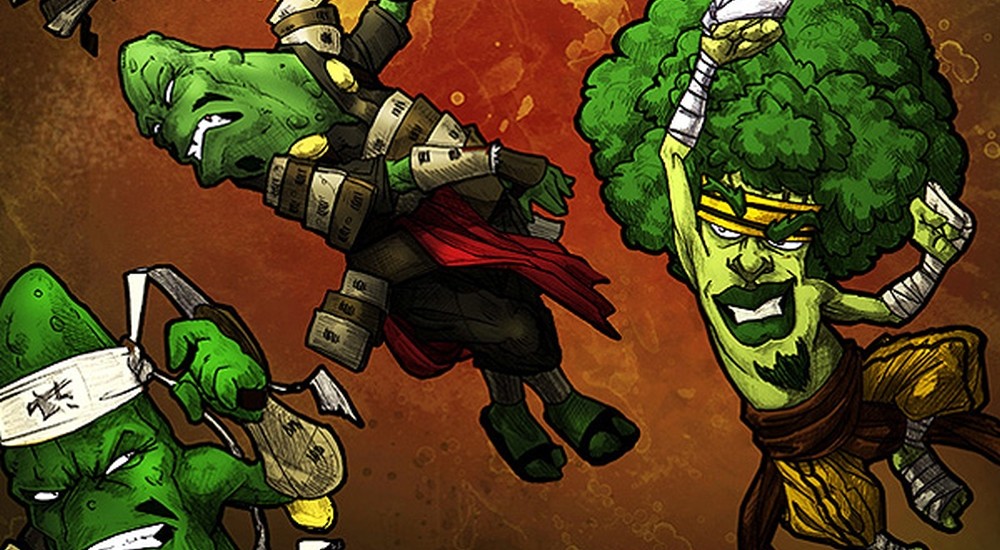 Remember when your parents were all like "Don't play with your food?" Ha, they were wrong, because that's exactly what you do in Yasai Ninja, an upcoming beat-em-up game from indie newcomer RECO Technology. Play as two vegetable warriors as they run across the land, doing exactly what vegetables normally do: hit stuff with weapons.

The characters you and your co-op partner control are ripped out of the pages of Gordon Ramsay's nightmares. There's Broccoli Joe (why not Brocco-Lee?), master of tiger style martial arts and an up-close fighter who's as fast as he is deadly. Then there's Samurai Onion, a heavily-armored onion who will make you cry because he deals so much damage, not because of the onion thing.

As far as brawlers are concerned, it isn't every day we see one in third person and in 3D. Yasai Ninja takes a tiny step back into the PS1/N64 era with that decision, but the progressive, varied gameplay is anything but old school. Plenty of new weapons and costumes to unlock, ten story chapters to play through, and of course, co-op for you and your local fighting hero. The main characters sound like they're better suited for a soup (or, uh, not), but they can definitely hold their own in this violent Old Japan world.