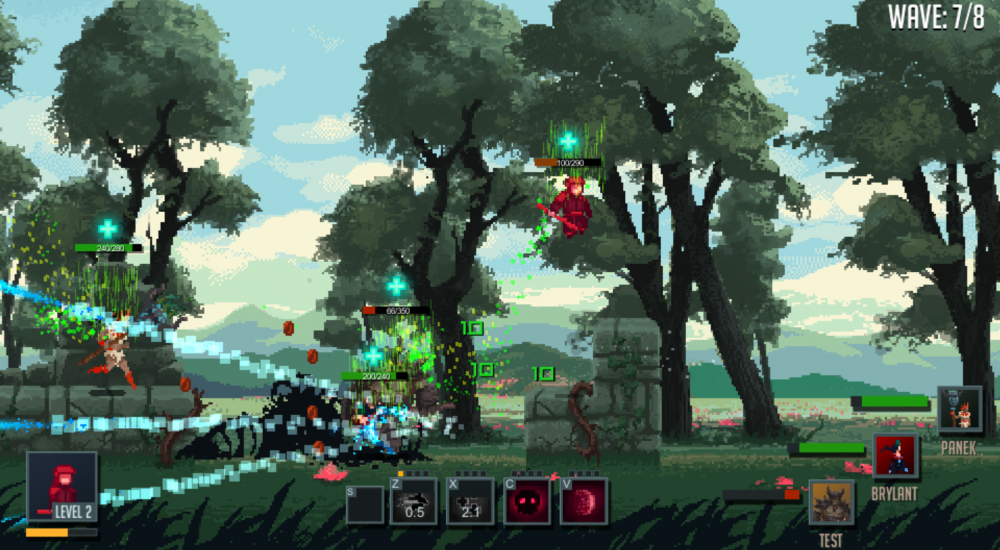 Developers One More Level and Frozen District's big announcement is that Warlocks has been renamed to Warlocks vs Shadows! Now, don't be alarmed: it's still the same epic pixel brawler we've covered in the past. However, with a new title and a few new updates for the recent Steam release, the game looks and plays better than ever. A game of defeating exilerating bosses, traveling through multiple dimensions, and getting all the grand loot for your characters possible, just with a different name. Still, even with the name change, the developers are very pleased with the support they've been getting, even outselling AAA titles like Far Cry 4 for a time! One More Level Producer, Radoslaw Ratusznik, stated:

"The decision was made to meet gamers expectations. Players pointed out that the name is a bit too general and with many other things out there having something to do with some kind of ‘warlocks’ (there’s a rock band of that name even!) it was sometimes a bit hard to immediately find information about the game. So to avoid further confusion and to show that gamers’ opinion is important to the team, developers decided to turn Warlocks into Warlocks vs Shadows."

Warlocks vs Shadows is a 4-player local (using four gamepads is an option) and online co-op game where players battle their way through levels of pixilated, shaded evil. The action is also complimented with a load of RPG elements as well, such as leveling up fantasy characters, obtaining loot, and building specialized skill sets. The single player campaign can also be played together with friends too. A recent update for the game included some great changes too, such as:

The game recently released via Steam Early Access program, currently available for $13.99, so why not check it out? Grab a few friends along for the experience! Warlocks vs Shadows will also be coming to Xbox One, PlayStation 4, Wii U, and PlayStation Vita s as well around July through September. We'll be keeping an eye out for an official release date to be announced until then.

We've also been streaming some co-op play. Here's some footage from our three player co-op session the other night on Twitch.tv.