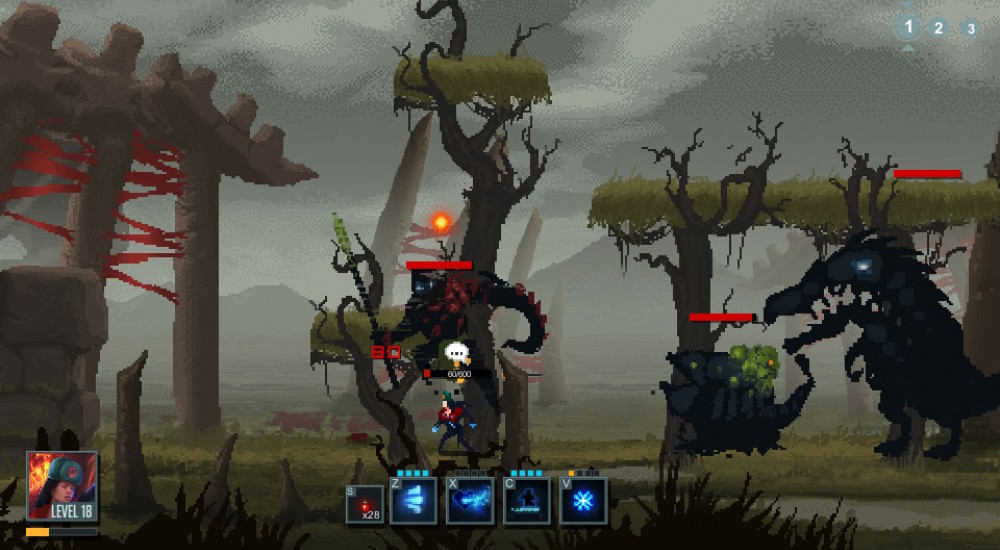 A modest update has rolled out for Warlocks Vs. Shadows, the pixelated action RPG/brawler currently in Early Access. Not only does the update add a new world (Frozen Lake) and a new character (Jamal, the Troll Warlord), but it also makes some significant tweaks to the game.

Not a whole lot of information has been provided about the new world and character (so if any of you are currently playing the game, feel free to provide us with some details in the comments below!), but here are the other changes included in this update:

Warlocks Vs. Shadows has been available in Steam Early Access for three weeks on PC, Mac, and Linux. It will also be released on Xbox One, PS4, PS Vita, and Wii U in Q3 2015. Warlocks Vs. Shadows supports up to 4 players in local or online co-op play.