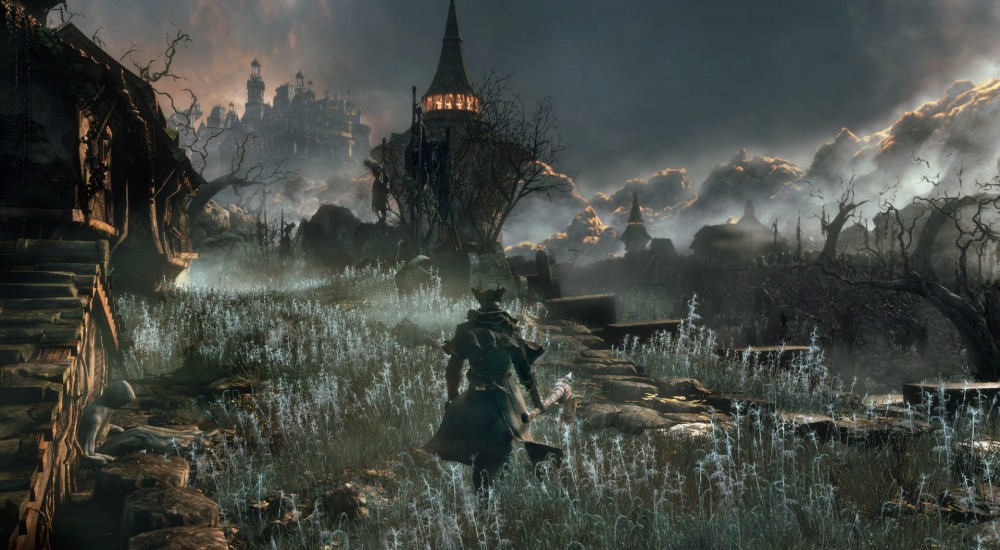 It's great news to hear that Bloodborne is continuing to improve and get better with each patch. A recent update made decent changes to multiplayer, limits on game storage capacity, as well as the Kirkhammer.

Update 1.04 for Bloodborne (officially announced in Japan, but patch notes were translated) arriving on June 2 will include some very much desired tweaks that players have been wanting. For instance, the powerful weapon, The Kirkhammer, will be updated to become a much more useful item than ever, consuming less stamina for repeated use. Other weapon buffs include the Rifle Spear getting increased damage, the Logarius' Wheel receiving less stamina per use, and the buffing of almost all arcane items. Insight fountains are also altered to appear only with one point rather than ten. We've also learned that there's been a pretty big change for co-op gameplay. Entering a game with players of equal level was holding back a lot of people from experiencing co-op. Now, the level requirement has been done away with and only a password is needed to do co-op. Furthermore, having different oaths will not hold back co-op anymore either. Go wild with co-op, gamers!

Finally, other small additions such as adding Blood Stone Chunks to the Insight store (allowing for potentially 9 extra level-up's), decreasing the frequency of the "Storage Full" message popping up, and increasing storage space for vials and quicksilver bullets to 600 should help to make the gameplay that much smoother.

Bloodborne is a 3-player online co-op game for PlayStation 4.