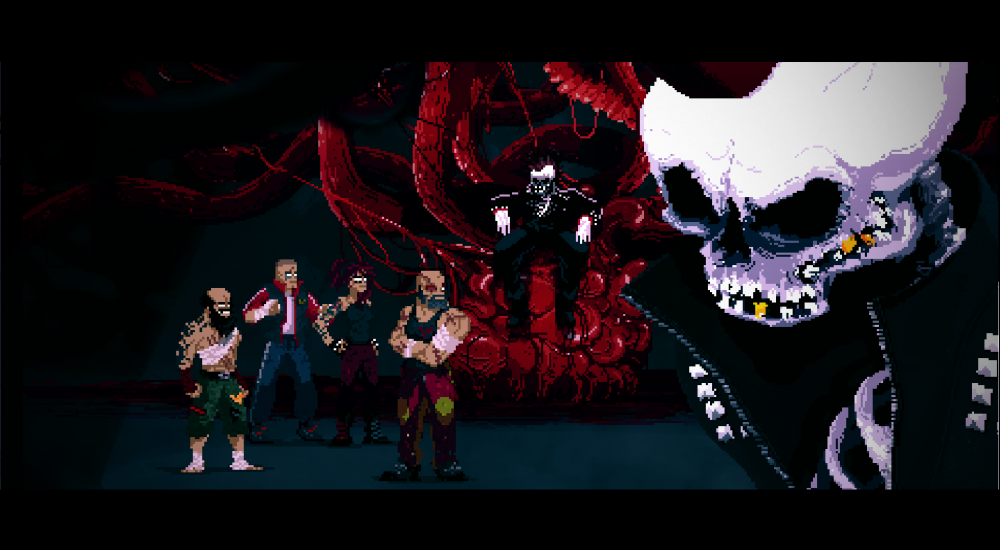 Well, gang, it looks like the Russian Federation went and did it this time.  In the upcoming co-op brawler, Mother Russia Bleeds, the land of vodka and snow somehow opened up a whole big thing of pissing people off, and now they have to deal with the consequences.

By consequences, I mean that there are four drug-addled street fighters rampaging through the streets and crushing any zombie, gangster, or pig-masked gimp that strays into their path.  Based on what I've seen of Russian dashcam footage, I can't really tell if this is any different than your average day in Russia.  Those of us who haven't ventured east of Latvia are guaranteed a new experience, at the very least.

The game is coming to us from publishers Devolver Digital, who have become something of purveyors of this type of stylistic, hyper-violent action game.  Paris-based Le Cartel is heading up development, with Mother Russia Bleeds being their very first entry under this moniker.  What an entry it's lining up to be.

In addition to a story mode that four players can take on locally or online, the game will sport various challenge modes along with a versus mode.  This looks like the type of game that simultaneously doesn't ever need a versus mode, but also 100% totally needs a versus mode.  We'll see how it shapes up closer to release.

Speaking of release, gamers can begin punching people's heads straight off their necks sometime in 2016, when Mother Russia Bleeds drops on both PC and PS4.  Until then, maybe you can spend some time trying to find a way to play Scott Pilgrim vs The World, except every time you beat someone up, imagine Scott and Co. gouging their eyes out or something.