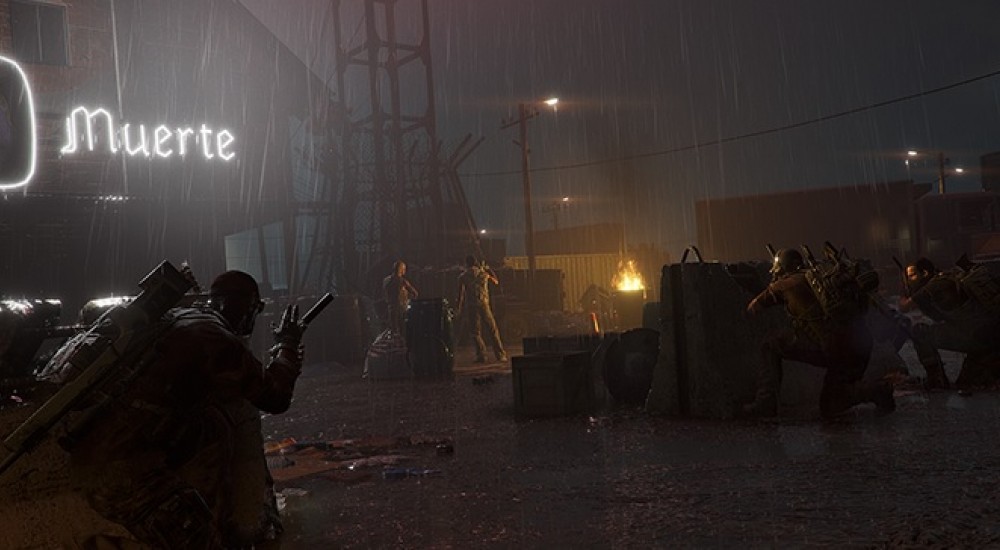 "The Clance" as he is known in some circles, powerbombs onto the Patriot Mobile with Tom Clancy's Ghost Recon Wildlands announced this year at E3. Well, not really. Mr. Clancy is no longer with us, so he doesn't really have much say in the matter. But, that doesn't stop the immortal legacy of highly trained special agents sniping drug czars and leveling a city block to get the job done.

The folks down at the Ubiblog have a pretty extensive overview of the game and highlight some pretty cool elements. And of course, there's a strong focus on co-op gameplay.

The co-op questions start coming at 2:25 if you wanna skip ahead to what you probably came here for.

Four agents are always available no matter the mission. If you and your pals don't quite number up to four, then you're treated to an AI partner or two, so you don't need to dredge up some  shockingly offensive person from the bowels of the internet to fill out your squad.

The key element here is being able to split up to complete objectives in the fashion you wanted to. The E3 announcement trailer demonstrated several methods of taking on a single mission, whether it was stealthily sabotaging their operation without anyone being the wiser, popping your target in the brainpan from several miles away and skating home, or driving a jeep full of C4 through the front door while rocking out to Aerosmith. Being able to split up and coordinate with your homies is an element I love seeing in more games, and I'm excited to test this particular venture of The Clance's with some folks.

You can check out the Ubiblog for more info on Wildlands.